click me
The end of summer marks moderate climate and temperatures and the beginning or onset of autumn or the fall season. Summers are marked by soaring temperatures when the climate is harsh and one usually perspires a lot. Timely showers and drizzle in some regions may provide some sort of respite. In regions close to the sea, summers are moderate because of the Mediterranean kind of climate that these regions have. Regions away from the sea have extreme summers and winters. End of summer is followed by autumn and then winter sets in. Winters are completely contrary to summers. The temperature drops like anything in winters and regions having an extreme type of climate face harsh and severe winters. William Joyce had once remarked, “I raised frogs every spring in our house from tadpoles and by end of summer our house was overrun with frogs.”
QUOTES
I miss swimming in the ocean. I miss longboarding with my friends. I miss stalking hot boys on the beach. I miss melting ice cream. I miss being tanned. I miss handstands in the sand. I miss shorts and bikini. I miss summer so bad.
Unknown
64 Likes
Summer Love quotes
Summer quotes
End Of Summer quotes
Sponsored Links 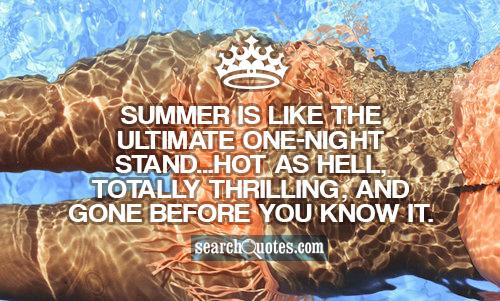 It's the end of the summer. It's the end of it all. Those days are gone, it's over now, we're moving on.
Theory Of A DeadMan
624 Likes
End Of Summer quotes 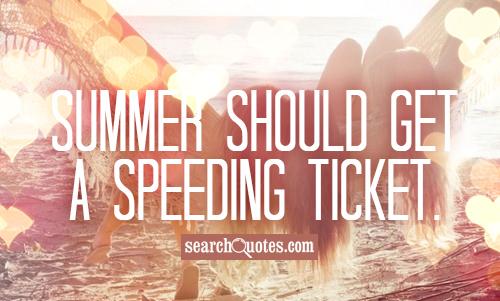