click me
Greek mythology is a series of myths and legends upheld and believed by most of the population of Ancient Greece. Greek mythology is an embodiment of the arts, using sculpture, stories and other types of art to reveal tales of the nature of the world. The myths explain vivid tales of how the world was created and things that gods, goddesses, heroes, and heroines did to be put and labeled as who they were in the Greek world. Greek mythology is still known today because of the stories told in Greek literature. Greek mythology also had and still has a huge influence on the arts, the writings, and the culture of all Western civilization, and its influence is still seen in many parts of Western culture today, including but not limited to, movies, literature, plays, and other forms of the arts including painting, sculpture and architecture.
QUOTES
They sent forth men to battle, But no such men return; And home, to claim their welcome, Come ashes in an urn.
Aeschylus
26 Likes
Greek Mythology quotes
Sponsored Links 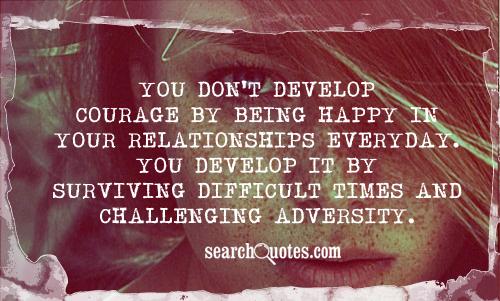 You don't develop courage by being happy in your relationships everyday. You develop it by surviving difficult times and challenging adversity.
Epicurus
86 Likes
Greek Mythology quotes
Being Happy quotes
Anybody can become angry - that is easy, but to be angry with the right person and to the right degree and at the right time and for the right purpose, and in the right way - that is not within everybody's power and is not easy
Aristotle
21 Likes
Greek Mythology quotes
Sponsored Links