click me
Most of the religions believe in life after death and that all sins and wrong doings will be punished. The place where these punishments are carried out is called hell. “Paradise was made for tender hearts; hell, for loveless hearts “said Voltaire. It is very clear that bad vices lead us to actions that finally results in the soul reaching hell. As told in Bhagwad Gita, “hell has three gates, lust, anger and greed”. Those who have seen hell have never returned and hence it is only the stories that have descended generations after generations that we believe in hell. But it is better to have such a notion because it gives the fear what if it happens to be true and prevents people from committing sins. Our actions and traits decide our fate and each of us bears our own hell. Here are numerous quotes on hell given by great thinkers. It would give you quite a different perspective to hell.
QUOTES
Love is like heaven, but hurts like hell.
Unknown
18 Likes
Love quotes
Heaven quotes
Hell quotes
Hurt quotes
Complicated Love quotes
Sponsored Links

I don't know wether to believe hell and heaven exist after you die. But I do know both places exist on earth and you don't have to die to experience them.
Unknown
41 Likes
Heaven quotes
Hell quotes
Existence quotes
Earth quotes
Beliefs quotes
Experience quotes 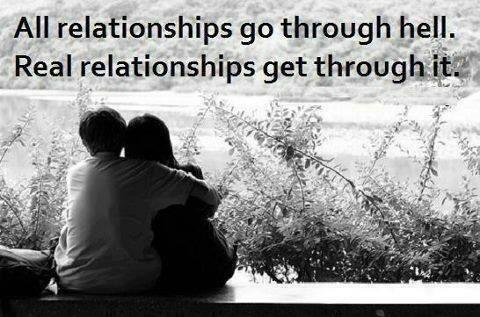