click me
Legislation means a law which is enacted by any legislative or governing body. Prior to being passed as legislation, a law is known as a bill. Legislation can prove handy in regulating, restricting, authorizing, proscribing, providing, sanctioning or granting. Under the Westminster System, a primary legislation after being passed is known as an Act of Parliament. In the words of Bernice Weissbourd, “Awareness has changed so that every act for children, every piece of legislation recognizes that children are part of families and that it is within families that children grow and thrive or don't.” Legislation is generally proposed by a member of the legislative body. It is one of the prime functions of a legislative or governing body under the doctrine of separation of powers. In the words of Jose Serrano, “As the 109th Congress continues to debate legislation that will affect the lives of immigrants, it is important for us to remember that we are a nation of immigrants.”
QUOTES 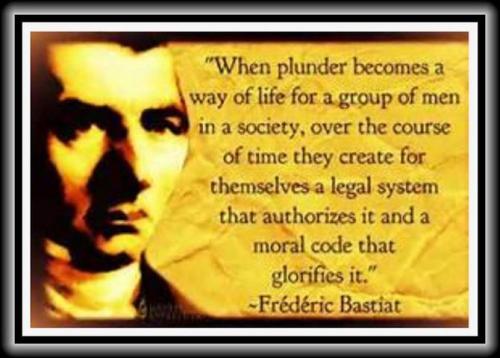 When plunder becomes a way of life for a group of men in Society, over the course of time they create for themselves a legal system, that authorizes it, and a Moral code that Glorifies it!
Frederic Bastiat
42 Likes
History quotes
Law quotes
Legislation quotes
Society quotes
Immortality quotes
Corruption quotes
Theft quotes
Government quotes
Sponsored Links