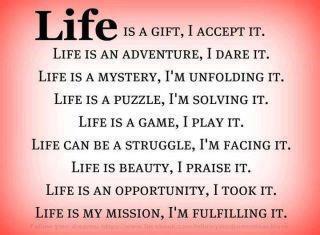 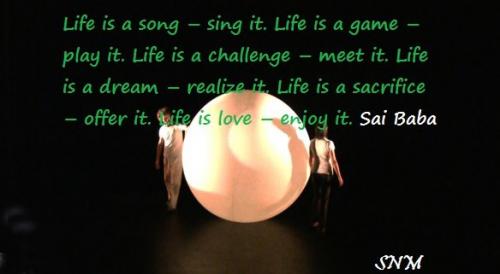 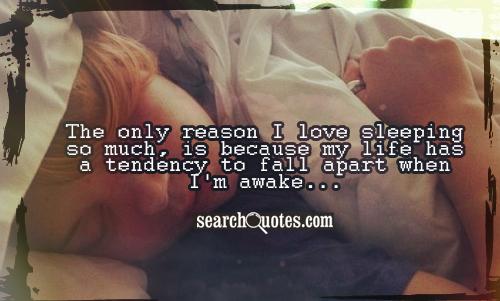 Life is a song - sing it. Life is a game - play it. Life is a challenge - meet it. Life is a dream - realize it. Life is a sacrifice - offer it. Life is love - enjoy it.
Sai Baba
22 Likes
I've been told that life isn't worth living. People tease you. That's going to happen in life. If you think that your life is horrible, what about those who's parents beat them? Starve them? What about those who have never had a real life, other than on the street? Your life isn't that bad.
Kayla Jackson
42 Likes
Life quotes
Struggle quotes
Difficulty quotes
Being Strong quotes
Being Blessed quotes
Appreciate Life quotes
TRENDING
TRENDING TOPICS
Jan 29
Being Jealous
Birthday
Birthday Wishes
Brother And Sister
Brother Sister
Commitment
Control
Falling For You
Falling In Love
Family
Family Problems
Funny
Growing Up
Lost Love
Love
Preparation
Self Appreciation
Sister
Thinking Of You
Trust No One
ABOUT Terms
Privacy Policy
Removal Request
Sitemap
Contact Us