click me
Being broken is generally used to refer to some ailment of the body or the heart. One is heartbroken in if one’s steady relationship goes kaput all of a sudden. Heartbreaks and break-ups are difficult to bear and deal with. Nevertheless, one should deal with a break-up quite bravely and try to get over one’s ex-girlfriend or ex-boyfriend. One should let bygones be bygones and turn over a new leaf. Being broken can also refer to some physical ailment that causes extreme pain and body ache. A person might be broken because of either of the two. Being broken mentally or physically, either way hurts. Wounds always hurt whether physical or mental. But one has to be brave enough to deal with both kinds of wounds. Being broken and thereafter grieving over the cause of heart-break or physical ailment certainly won’t help. Barry McGuire had remarked, “And there was a real shedding of the old dogma, like boundaries of morality were being broken down and everybody was into the new party mode of just loving on each other Which destroyed thousands of us. I lost 16 of my personal friends through that lifestyle.”
QUOTES
What's sad about falling in love is the thought of falling so hard and can't get up that easily once broken.
Jessel Jane Zozobrado
50 Likes
Love quotes
Falling In Love quotes
Heartbroken quotes
Being Broken quotes
Sad Relationship quotes
Relationship quotes
Relationships quotes
Sponsored Links 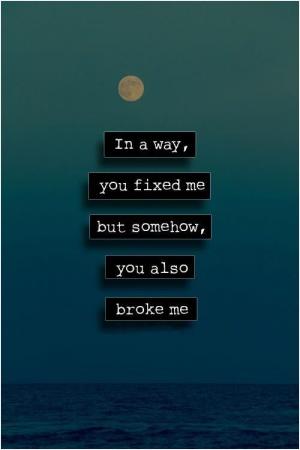 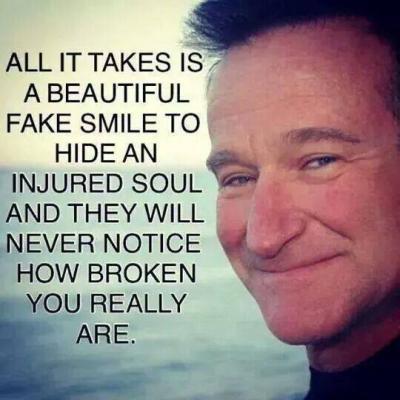 All it takes is a beautiful fake smile to hide an injured soul and they will never notice how broken you really are.
Unknown
293 Likes
Fake Smile quotes
Beautiful quotes
Being Broken quotes
Hurt quotes
Heartache quotes
Soul quotes
Sponsored Links