click me
Devil means the supreme evil spirit according to the Christian or Jewish mythology. The devils reside in hell, which is their abode. The word “devil” also refers to a cruel or wicked person, who has nefarious designs or impish ideas in his mind all the time. People indulging in all sorts of wrong deeds are not treated respectfully, by the society. They are referred to as devils. In the words of James A. Garfield, “A brave man is a man who dares to look the devil in the face and tells him that he is a devil.” At times, mischievous kids who indulge in naughty mischief are also called “devilish”. So, devilry can be either interpreted as a wicked or cruel activity or simply as, reckless mischief. Another term that is used is “devil's advocate”. It refers to any person who supports unpopular opinion, in order to start a debate.
QUOTES
I'm good but not an angel. I sin but I'm not a devil
Marilyn Monroe
16 Likes
Balance quotes
Angels quotes
Devil quotes
Being Myself quotes
Individuality quotes
Being Imperfect quotes
Sponsored Links

It's when we're in pains and temptations that God desires us most. For those are times when the devil wants to take us away from Him.
Terry Mark
36 Likes
Pain quotes
God quotes
Desire quotes
Hard Times quotes
Devil quotes
Faith quotes
Relationship With God quotes
If you become angry, do not let your anger lead you into sin, and do not stay angry all day-Don't give a Devil a chance. ~Eph.4:26-27
Bible
107 Likes
Short Bible Verses quotes
Anger quotes
Sin quotes
Devil quotes
Corruption quotes
God has a plan for your life. The Devil has a plan for your life. Be ready for both. Just be wise enough to know which one to battle and which one to embrace!
Unknown
77 Likes
God quotes
Devil quotes
Wise quotes
Preparation quotes
Life quotes
Planning quotes
We all listen to two voices. One voice leads us to our vices. The other voice leads us to our virtues. One voice brings evil. One voice brings good. If you add a D to the beginning of the word evil you realize where vices come from. If you take away an O from the word good you realize where virtues come from. We all struggle with life at times. The key is to listen to the right voice.
Tom Krause
58 Likes
Intuition quotes
Guidance quotes
Virtue quotes
Behavior quotes
Morality quotes
Devil quotes
God quotes
Life quotes
Balance quotes
Listening quotes
The devil will tell a thousand truths to sell one lie that can change you forever.
Unknown
43 Likes
Truth quotes
Lies quotes
Devil quotes
Influence quotes
Change quotes
Sponsored Links 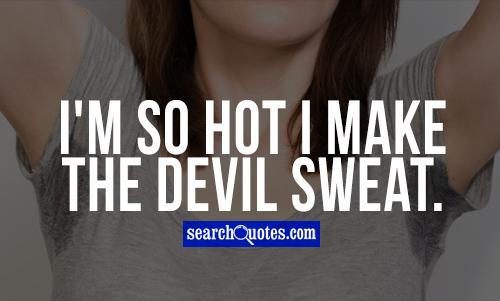 I rather be young and live for god rather then being young and living for the devil.
Unknown
32 Likes
Being Young quotes
Life quotes
Devil quotes 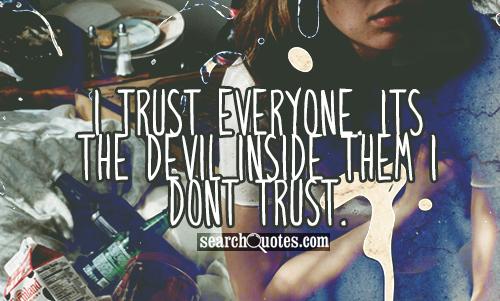 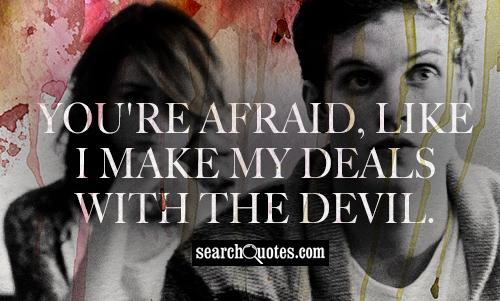