click me
Fighting is experienced by all in one point of time or other whether it is with friend, brother or sister or with the spouse. Fighting is not with the enemy always. To put it in funny way, Mark Twain once said, “it is not the size of the dog in the fight, it is the size of the fight in the dog”. Fighting should always be between two who are equally balanced, equally armed or in equal positions. George Bernard Shaw once said, “I learned long ago, never to wrestle with a pig, you get dirty and besides the pig likes it “. So, fighting offers a spice to life, adds color to life and is a way of venting out our feelings. But it should not be too often because if you happen to fight with the same enemy too often, you tend to exposé your fighting tactics and tricks, which will eventually make you, lose. Another type of fighting is fighting with the words. This is less harmful as long as the words do not cause a scar in the minds of the opponent.
QUOTES
One of the hardest lesson in life is letting go. Whether it is guilt,anger, love, loss or betrayal. Change is never easy. We fight to hold on & we fight to let go.
Dr Anil Kumar Sinha
32 Likes
Contentment quotes
Letting Go quotes
Life quotes
Fighting quotes
Holding On quotes
Tough Life quotes
Sponsored Links 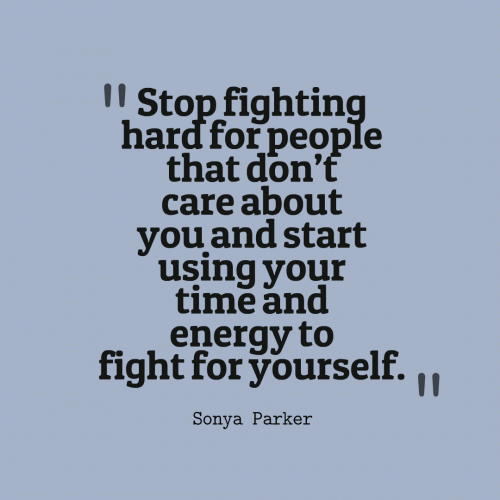 Stop fighting hard for people that dont care about you and start using your time and energy to fight for yourself.
Sonya Parker
28 Likes
Fighting quotes
Never Give Up quotes
Goals quotes
Self Motivational quotes
Self-love quotes
Love Yourself quotes
Advice quotes
Challenges are not meant to be discouraged, challenge is to take it with courage against all odds. Challenges in life inculcate fighting spirit. Every moment full of challenges makes it interesting & overcoming them makes life meaningful.
Dr Anil Kumar Sinha
4 Likes
Overcoming Challenges quotes
Courage quotes
Bravery quotes
Fighting quotes
Spirit quotes
Learn how to fight against your own little battles because it's your chance for victory.
Jehan Fostanes Nayga
6 Likes
Life Lesson quotes
Victory quotes
Fighting quotes
Battle For Our Lives quotes
Fight every battle as thou your existence depends on winning. Weigh your words before you use them against someone else. Judge your actions before you put them to practical application and remember to forgive in your journey.
Hermann J Steinherr
8 Likes
Winning quotes
Battle For Our Lives quotes
Fighting quotes
Journey quotes
Advice quotes
Strength quotes
Life quotes
Actions quotes
Fight for your dreams, fight for more opportunities, fight for pride, fight for whatever it is that burns inside of you. Make life yours.
Anurag Prakash Ray
13 Likes
Dreams quotes
Opportunity quotes
Fighting quotes
Perseverance quotes
Pride quotes
Passion quotes
Life quotes
Sponsored Links

Keeping a relationship strong is like fighting a war every now and then and ensuring that you keep winning all along.
Hermann J Steinherr
9 Likes
Relationships quotes
Strong Relationship quotes
Fighting quotes
Deep Love quotes 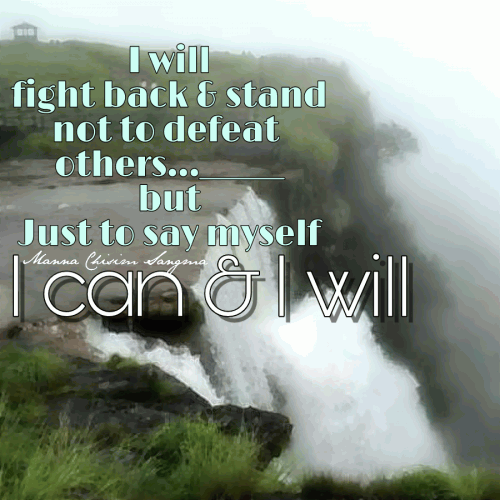 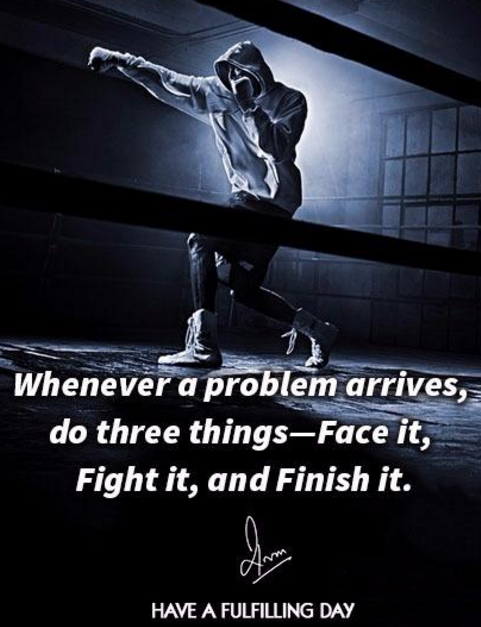