click me
Reciprocity means to return or pay back someone in kind. It is the social norm that governs a human being’s behaviour and is centred round returning similar kind of responses to people. Reciprocity is one of the mechanisms for evolution of co-operation. As far as international relations are concerned, reciprocity means that favours, benefits, penalties which are granted by one country or state to the citizens or legal entities of another nation or state must be returned in kind. Reciprocity theorem in networks relates to the transfer function of passive networks. In the words of Peter Singer, “We see things like reciprocity which are fairly central to our view of ethics. But if you're talking about a set of worked-out rules on what we are supposed to do then, yes, it is a human product.” Reciprocity is a norm of ethics followed by people who believe in “an eye for an eye and a tooth for a tooth” theory.
QUOTES
It is difficult to give and not expect anything in return, and that is why Love is not easy, because it is always sacrificing.
Terry Mark
7 Likes
Love quotes
Reciprocity quotes
Expectation quotes
Giving quotes
Sacrifice quotes
Sponsored Links 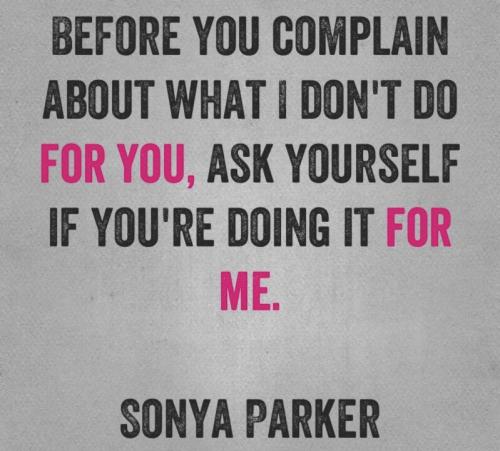 Before you complain about what I don't do for you, ask yourself if you're doing it for me.
Sonya Parker
11 Likes
Reciprocity quotes
Life quotes
Self quotes
Advice quotes
What if you gave someone a gift, and they neglected to thank you for it - would you be likely to give them another? Life is the same way. In order to attract more of the blessings that life has to offer, you must truly appreciate what you already have.
Unknown
43 Likes
Life quotes
Giving quotes
Reciprocity quotes
Thank You quotes
Appreciation quotes
Sponsored Links

LOVE is the most powerful force in heaven and earth. Love is something that we can give, receive, create, hope, believe and enjoy. It's love that sustained us to keep going. Love is no boundary, Love doesn't have any label of relationship. Love doesn't have a brand. Love doesn't belong to anyone but anyone can have LOVE.
Regina Malabago
24 Likes
Love quotes
Amazing Love quotes
Power quotes
Giving quotes
Reciprocity quotes
Relationship quotes
DEAR LOVERS: give more than you receive. Ask less and do more. say less but show more. Value your partner and honor your commitment..
Unknown
14 Likes
Lovers quotes
Giving quotes
Reciprocity quotes
Honor quotes
Commitment quotes
Value quotes
To give and not expect return, that is what lies at the heart of love.
Unknown
1 Likes
Giving quotes
Expectation quotes
Reciprocity quotes
Love quotes
I don't like to call it revenge. Returning the favor sounds nicer.
Unknown
10 Likes
Revenge quotes
Vengeance quotes
Reciprocity quotes
Karma quotes
I hurt you because you hurt me. Then I realized, hurting you, only hurt me.
Bernard Trice
16 Likes
Hurt quotes
Pain quotes
Reciprocity quotes
Revenge quotes
1 2 3 4 ... 7
TRENDING
TRENDING TOPICS
May 20
Belief
Betrayal
Birthday Wishes
Broken Love
Brotherhood
Caring
Funny
Future
Goodbye
Humor
Indifference
Keeping It Real
Medicine
Missing Friends
Pain
Religion
Struggle
Success
True Friend
Victory
ABOUT Terms
Privacy Policy
Removal Request
Sitemap
Contact Us