click me
Vengeance is taking revenge against someone. It is better to shed this character because nothing can be achieved through vengeance except for the satisfaction of taking revenge. It will only further lead to more and more enmity. Instead, if we just ignore the wrong doings done to us, the conscience of the other person will give him enough punishment. One Chinese proverb says, “He who seeks revenge must dig two graves, one for his enemy and one for himself”. The best way to overcome the thought of vengeance is to postpone the anger and such thoughts. If we think about it over and over again, we will feel how silly it was to think of revenge. Vengeance is a dish best eaten cold” goes a proverb. The person who seeks vengeance does not think about the consequences and is thus blind to his actions. So, think not twice but many times before taking vengeance. These quotes will help you to overcome the thought.
QUOTES
Revenge takes you nowhere, but love takes you where you should be.
Unknown
36 Likes
Revenge quotes
Vengeance quotes
Life Lesson quotes
Love quotes
Sponsored Links 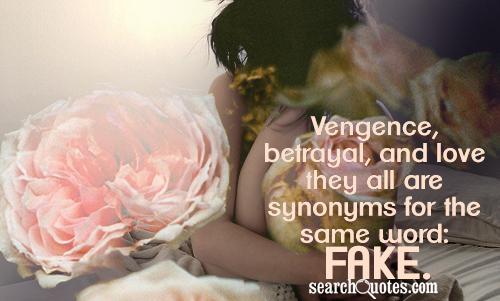