click me
Celibacy should be adopted voluntarily and should not be thrust upon. Anything that is forcibly offered will only have a negative impact. There are both for and against views on celibacy. People who take up celibacy willingly say that it is better than a married life but on the other hand, “marriage has many thorns but celibacy has no roses” said an experienced man. Peter de vries even goes to the extent of saying that “celibacy is the worst form of self abuse”. If celibacy was adopted by Adam and Eve, humanity would not have been formed. Martin Luther said, “God has set the type of marriage through creation. Each creature seeks its perfection in another”. Here are diversified views on celibacy and it basically depends upon the mental attitude of the concerned person to support celibacy or oppose it.
QUOTES 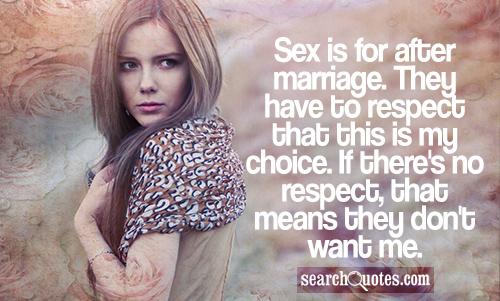 Sex is for after marriage. They have to respect that this is my choice. If there's no respect, that means they don't want me.
Adriana Lima
89 Likes
Sex quotes
Celibacy quotes
Choice quotes
Self-respect quotes
Sponsored Links