click me
Dignity is a quality which makes someone worthy of respect. It is completely an individual's job to keep his dignity intact, so that he is revered and considered as a respectable member of the society. Possessing virtues, staying away from vices and playing it cool, even in adverse circumstances, are the possible traits of dignified people. Dignified people command and demand respect from the society. James Atlas once remarked, “A penumbra of sombre dignity has descended over his reputation.” He had someone in his mind, when he spoke these words. Maintaining your own dignity is extremely vital for you to be considered respect-worthy in the society. Always stick to moral and ethics and don't indulge in any wrong acts. Preserving dignity is vital for females, both before and after marriage. For a girl or woman, honour always comes once. If honour and dignity are lost once, they are lost forever. So, always act well on your part and maintain your dignity.
QUOTES
Dignity means that an individual feels self-respect and self-worth. Self respect gives us true awareness about ourselves and is the foundation for self-love.
DrAnil Kumar Sinha
6 Likes
Dignity quotes
Self-love quotes
Self-respect quotes
Self-worth quotes
Sponsored Links

Dignity means that an individual feels self-respect and self-worth. Self respect gives us true awareness about ourselves and is the foundation for self-love.Try to keep a sense of humor, compassion, love & respect towards all.
DrAnil Kumar Sinha
9 Likes
Dignity quotes
Self-respect quotes
Sense Of Humor quotes
Self-love quotes
Compassion quotes
Self-worth quotes
Advice quotes
It's always better to be alone with dignity than to be in a company with someone that constantly requires you to sacrifice your happiness and self-respect.
Anurag Prakash Ray
12 Likes
Advice quotes
Being Alone quotes
Dignity quotes
Self Respect quotes
Dignity does not consist in possessing honors, but in deserving them.
Malika E Nura
2 Likes
Dignity quotes
Honor quotes
Merit quotes 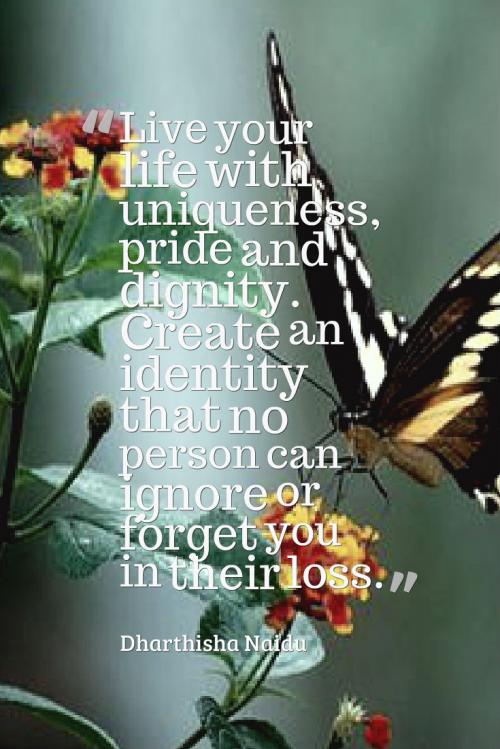