click me
Seduction is a means of tempting another person into sexual intercourse. Something that seduces or tempts one is said to be seductive. Charming people can easily seduce the members of the opposite sex. Seduction is the wrong or crime of persuading a woman to give up her chastity. Something that makes people go astray or wayward is also said to be a potential seduction. For example, seductions of wealth can make anyone go astray. In the words of Ted Koppel, “To call something an 'enhanced interrogation technique' doesn't alter the fact that we thought it was torture when the Japanese used it on American prisoners, we thought it was torture when the North Koreans used it, we thought it was torture when the Soviets used it. You know, it's almost the moral equivalent of saying that rape is an enhanced seduction technique.”
QUOTES
Success is a lousy teacher. It seduces smart people into thinking they can't lose.
Bill Gates
21 Likes
Success quotes
Winning quotes
Seduction quotes
Losing quotes
Sponsored Links 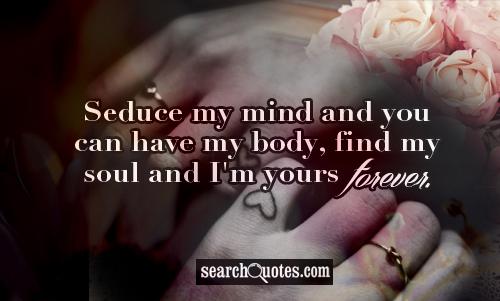