click me
Growth generally corresponds to increase in size or dimensions of living thing. Growth corresponds to physical growth, primarily. There are several stages in the life cycle of a human being, animals or plants. Growth involves timely transition from one stage to the next, in any existing life cycle in the environment. Human beings grow from babies into children, then teenagers, eventually being followed by adults. In human beings, growth has another aspect i.e. the intellectual or mental growth. Intellectual growth starts from birth and ceases at death. There are no limits to growth since there are no limits to human imagination, wonder and intelligence. People around you also influence your growth. In this context Plato had once remarked, “Every child growing up will look to their parents, my mother and my father. My grandmother lived with us. I picked up quite a bit of family lore and history from her, which was interesting.”
QUOTES
Anything that is not improving you, is destroying you, no matter how necessary it may seem.
Terry Mark
13 Likes
Improvement quotes
Growth quotes
Personal Growth quotes
Sponsored Links

The greatest business you could do is not by distributing apples but teaching people to grow their own trees.
Hermann J Steinherr
13 Likes
Business quotes
Teaching quotes
Sharing quotes
Growth quotes
Education quotes
Smooth seas do not make skillful sailors. Life is full of challenges that make one strong. The trials in life inculcate courage if taken as challenges.
Dr Anil Kumar Sinha
25 Likes
Challenge quotes
Tough Life quotes
Growth quotes
Endurance quotes
Life Journey quotes
Words Of Wisdom quotes
Don't let your emotions build inside! Just let it all out. Embrace it. That is a part of growth and health for your life defenses.
Unknown
4 Likes
Growth quotes
Life quotes
Emotions quotes
Health quotes
If you don't like the Fruits you are growing, then change the Seeds you are sowing.
Unknown
23 Likes
Life quotes
Change quotes
Growth quotes
Metaphors quotes
I'm okay today. I'll be okay tomorrow. And the next day after that I'll still be okay. But in a year you will see me, I'll be amazing.
Unknown
18 Likes
Feelings quotes
Im Me quotes
Growth quotes
Positive Thinking quotes
Sponsored Links 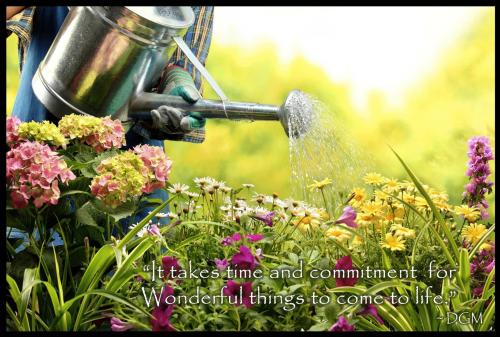