click me
Soldiers are the personification of bravery and sacrifice as they fight on the war front for their brethrens to live peacefully in the country. A soldier never hesitates to face a battle because as Tupac Shakur said, “a coward dies a thousand deaths…a soldier dies but once”. But pathetically, it is the soldier who fights and earns victory in the battle but all the appreciation and credit goes to the generals. This is acknowledged well by Napoleon Bonaparte who said, “Soldiers generally win battles; generals get credit for them “. The most vital quality a soldier can possess is self confidence, utter, complete and bumptious. The fervor of bravery and patriotism runs in their bloodline and they put the well being of their family and children in the backseat with their vision and ambition only on the war front. So, it is only apt that we salute the soldiers for their selfless service. Here is a collection of quotes on soldiers. Read them, it enhances your respect for them.
QUOTES 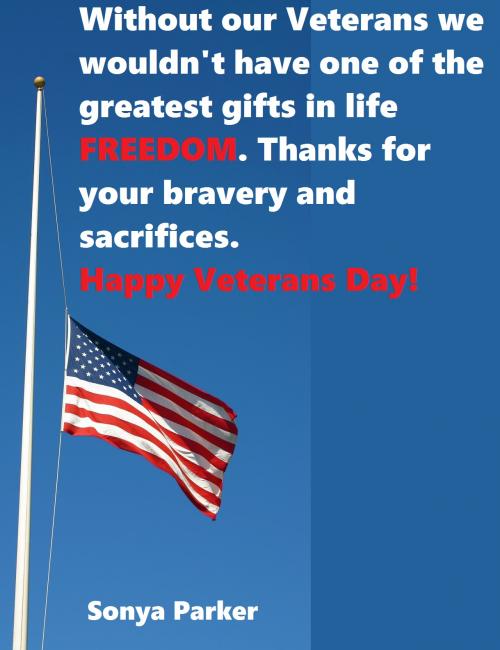 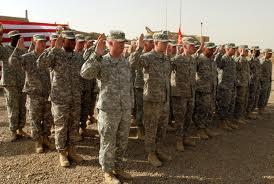 We sit around waiting for them to come home, hoping every day that they are okay and that they know how much we love them... our heroes.
Cierra Powell
189 Likes
Marine Wife quotes
Army Wife quotes
Military Wife quotes
Navy Wife quotes
Military Family quotes
Love quotes
Veterans Day quotes
Veterans quotes
Soldiers quotes
Troops quotes
Heroes quotes
Worry quotes
Concern quotes
Missing Someone quotes
Sometimes it takes the pain of a Deployment to realize how we take the little things for granted and how much we miss them.
Unknown
75 Likes
Military quotes
Soldiers quotes
Missing Someone quotes
Taken For Granted quotes
Realization quotes
Pain quotes
You stood up for the nation to protect and save all of us citizens of this country. You are ready to sacrifice your life for us all and I am ready to stand by you until the very end!
Nina Rommel
58 Likes
Troops quotes
Soldiers quotes
Military quotes
Being In Love quotes
Cute Love quotes
Heroes quotes
Bravery quotes
Courage quotes
Protection quotes
Lasting Love quotes
Devotion quotes
God gives His hardest battles to His strongest soldiers. The more Gifted, the more Responsibilities.
Unknown
97 Likes
Soldiers quotes
Tough Life quotes
Complicated Life quotes
Faith quotes
Trust In God quotes
Strength quotes
Gifts quotes
Responsibility quotes
Duty quotes
Sponsored Links 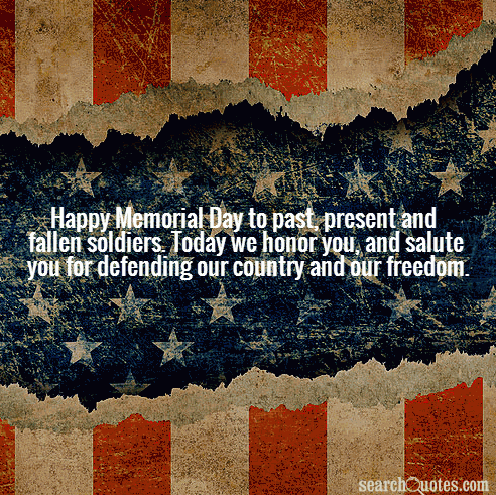 Happy Memorial Day to past, present and fallen soldiers. Today we honor you, and salute you for defending our country and our freedom.
Sonya Parker
98 Likes
Memorial Day quotes
Soldiers quotes
Honor quotes
Patriotism quotes
Freedom quotes
Being Thankful quotes
There is no greater sacrifice than giving one's life for their country. Memorial Day allows us to remember our fallen heroes, our loved ones who served and to pay our respects to the many who paid the ultimate price. God Bless each and every one of them.
Ritu Ghatourey
110 Likes
Sacrifice quotes
Soldiers quotes
Troops quotes
Memorial Day quotes
Remembrance quotes
Honor quotes
Heroes quotes
The world needs soldiers of Peace, soldiers of Love, and soldiers of Hope! Not soldiers of war and hate! Hate kills but Love heals, lets love, heal the world and live together in peace!
Prem Tihan
56 Likes
Love quotes
Peace quotes
Unity quotes
Soldiers quotes
World quotes
Life gets easier when you stop seeing yourself as victim but yet see yourself as a soldier whose survived the battles of everyday life.
Unknown
70 Likes
Battle For Our Lives quotes
Life quotes
Stay Strong quotes
Soldiers quotes
Survival quotes
1 2 3
TRENDING
TRENDING TOPICS
Jun 27
Better Than You
Busy Life
Christian
Creativity
Fake Girls
Falling For Someone
Force
Getting Over Someone
Life
Life Meaning
Love
Risk
Self Reliance
Self-interest
Silly
Talent
Teen
Ugly
Uplifting
Winning
ABOUT Terms
Privacy Policy
Removal Request
Sitemap
Contact Us