click me
Literary means something that is related to literature. It is the characteristic of literature or of formal writing. The word “literary” is related to literature. Literature is the language of letters. The two basic literary categories include fiction and non-fiction. A literary technique is used by writers and authors to produce some desired effect on the reader. Literary devices are different and must not be confused with literary genre. Audre Lord had once remarked, “Black writers, of whatever quality, who step outside the pale of what black writers are supposed to write about, or who black writers are supposed to be, are condemned to silences in black literary circles that are as total and as destructive as any imposed by racism.” Literary activities include essay writing, extempore, debate which require intellect and brains. In the words of Juan Goyt solo, “A contemporary artist can use the findings of all epochs and all styles, from the most primitive literary expressions up to the most refined products of the
QUOTES
It's not about consistency, it's about creating stories that make sense.
Unknown
3 Likes
Writing quotes
Writers quotes
Consistency quotes
Literary quotes
Literature quotes
Sponsored Links 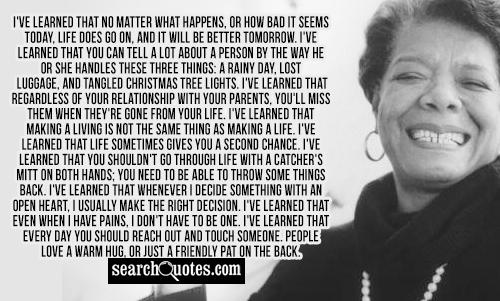 I knew that I had come face to face with some one whose mere personality was so fascinating that, if I allowed it to do so, it would absorb my whole nature, my whole soul, my very art itself.
Oscar Wilde
159 Likes
Art quotes
Strength quotes
Soul quotes
Personality quotes
Literary quotes
'Accounts are not quite settled between us,' said she, with a passion that equaled my own. 'I can love, and I can hate. You had your choice. You chose to spurn the first; now you must test the other.'
Arthur Conan Doyle Sr
7 Likes
Love quotes
Hate quotes
Literary quotes
I'll publish, right or wrong: / Fools are my theme, let satire be my song.
Lord Byron
1 Likes
Writing quotes
Witty quotes
Literary quotes
Fool quotes
Satire quotes
If you just learn a single trick, Scout, you'll get along a lot better with all kinds of folks. You never really understand a person until you consider things from his point of view . . . until you climb inside of his skin and walk around in it.
Atticus Finch
41 Likes
Literary quotes
Empathy quotes
Us sing and dance, make faces and give flower bouquets, trying to be loved. You ever notice that trees do everything to git attention we do, except walk?
Alice Walker
11 Likes
Dancing quotes
Nature quotes
Love quotes
Funny quotes
Literary quotes
1 2
TRENDING
TRENDING TOPICS
Jul 07
Adulthood
Anxious
Dysfunctional Family
Faith
Fake Friends
Friends
Funny
God Love
Hurt Feelings
Love
Morality
Movies
Overcoming Challenges
Public Policy
Role Model
Sanity
Self
Serenity
Smile
Testing
ABOUT Terms
Privacy Policy
Removal Request
Sitemap
Contact Us