click me
Writers are people who can write. Someone who does writing for a living is a professional writer while someone can also take up writing as a pursuit or leisure. Writing is a way of giving vent to all your thoughts and emotions even. You can pen down your thoughts in the form of a story or even a poem. According to Robert A. Heinlein, “There is no way that writers can be tamed and rendered civilized or even cured. The only solution known to science is to provide the patient with an isolation room, where he can endure the acute stages in private and where food can be poked in to him with a stick.” Thoughts can also be mixed with some imagination and given in the form of a story. Professional writers excel in writing and have the flair and creativity to write. Writing comes naturally to people who can easily structure their thoughts and give them some kind of tangible form. In the words of William Faulkner, “The artist doesn't have time to listen to the critics. The ones who want to be writers read the reviews; the ones who want to write don't have the time to read reviews.”
QUOTES 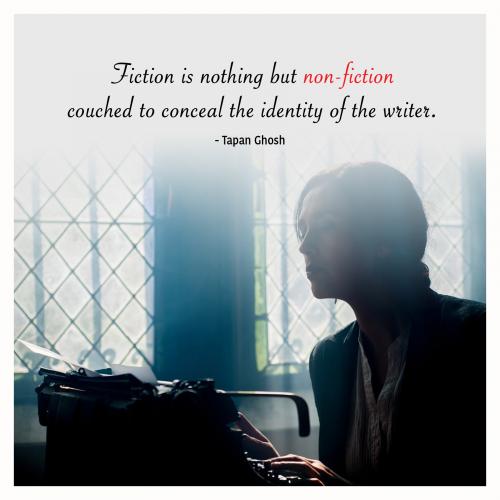 I think if you feel like you were born to write, then you probably were.
Lena Dunham
6 Likes
Writers quotes
Writing quotes
They say theres a fine line between genius and insanity. If a man thinks he can write, does that make him genius or insane for trying. I ask myself, are we born with talent, or is talent created in us? I guess not all of us are naturally gifted or talented. I assume that gifts or talents would have to be built with practice, dedication and commitment. They say put your heart into it but what about your soul? Is compassion or lust for grammar and written word a sin? I dont know. Does it make me mad with insanity? Sometimes. The pen is an instrument of the mind; only through it will my thoughts find relief. So they say theres a fine line between genius and insanity. Which one am I, at this time I dont really know; which one am I?
John Miller
21 Likes
Writing quotes
Writers quotes
A writer should write what he has to say and not speak it.
Ernest Hemingway
11 Likes
Writers quotes
You know how writers are...they create themselves as they create their work. Or perhaps they create their work in order to create themselves.
Orson Scott Card
13 Likes
Writers quotes
Art quotes
Writers write while dreamers procastinate.
Besa Kosova
6 Likes
Writers quotes
Sponsored Links

As a writer, you should not judge, you should understand.
Ernest Hemingway
9 Likes
Writers quotes
Advice quotes
Understanding quotes
The purpose of a writer is to keep civilization from destroying itself.
Albert Camus
21 Likes
Writers quotes
Civilization quotes
A great writer reveals the truth even when he or she does not wish to.
Tom Bissell
9 Likes
Truth quotes
Writers quotes
A writer is someone for whom writing is more difficult than it is for other people.
Thomas Mann
9 Likes
Struggle quotes
Writers quotes
Creativity quotes
Writing quotes
Let others pride themselves about how many pages they have written; I'd rather boast about the ones I've read.
Jorge Luis Borges
9 Likes
Pride quotes
Reading quotes
Writers quotes
1 2 3 4 ... 18
TRENDING
TRENDING TOPICS
May 22
Beauty
Being Strong
Culture
Cute Mothers Day
Duty
Fake Girls
Forgive And Forget
Friendship
Funny
Garden
Gentlemen
Ingratitude
Joy
Life
Love
Moving Forward
Perception
Religious
Unrequited Love
Worth
ABOUT Terms
Privacy Policy
Removal Request
Sitemap
Contact Us