click me
Ramadan (Arabic) is the ninth month of the Muslim calendar during which they fast. It is also called Ramazan (Turkish). Muslims fast over the entire one month and have food and drinks only before sunrise and sunset. During the entire time of fasting, Muslims refrain from consuming food, drinks, liquor and engaging in sexual relations. It is obligatory for every Muslim to fast on each particular day of this month, except in case of an illness, pregnancy or menstrual bleeding or while traveling. As per Islam, fasting reaps many rewards and these rewards are multiplied during the month of Ramadan. The beginning and end of Ramadan are determined by the lunar Islamic Calendar. The major observance during the entire month is that of fasting from sunrise to sunset. The meal before sunrise is called Suhoor and the meal after sunset is called Iftar. Muslims indulge in a lot of prayer and fasting during the month of Ramadan.
QUOTES
Allah's blessings are a treasure so true, that their value cannot be measured, and one of Allah's blessings is you.
Unknown
18 Likes
Islam quotes
Ramadan quotes
Blessings quotes
Sponsored Links 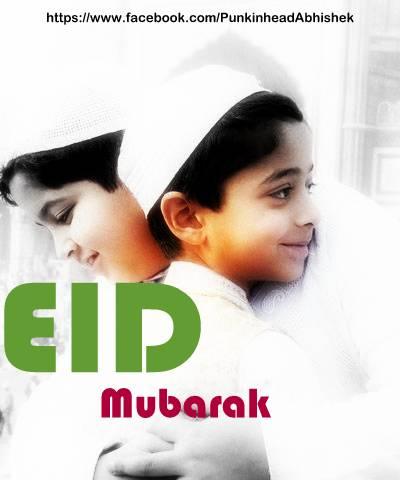 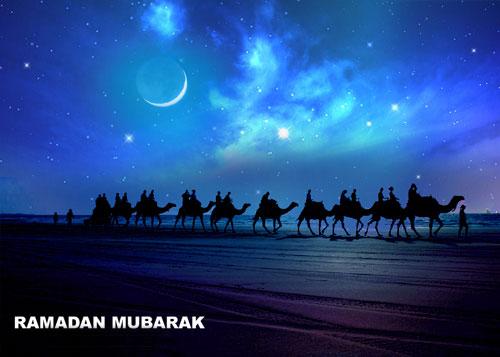 Ramadan Mubarak, brothers and sisters of Islam! I hope you all take advantage of this sacred month. The month of Forgiveness and Mercy! Increase your good deeds by remembering Allah Subhanahu-wa- ta'ala for it will be rewarded gratefully, In this world as well as the Hereafter. May Allah Subhanahu-wa-ta'ala help you in your struggles, and make fasting easier for you. Ameen.
Unknown
233 Likes
Ramadan quotes
Islam quotes
Well Wishes quotes
Faith quotes
Religious quotes
Holiday quotes
Allah quotes
Mercy quotes
Forgiveness quotes
Keep yourselves far from envy; because it eats up and takes away good actions, like a fire eats up and burns wood.
Abu Daud
7 Likes
Ramadan quotes
When My servants ask you about Me, I am always near. I answer their prayers when they pray to Me. The people shall respond to Me and believe in Me, in order to be guided. -al-Baqarah 2:186
Quran
20 Likes
Ramadan quotes
Sponsored Links

He is the One GOD; the Creator, the Initiator, the Designer. To Him belong the most beautiful names. Glorifying Him is everything in the heavens and the earth. He is the Almighty, Most Wise. -Quran 59:24
Quran
77 Likes
Ramadan quotes
The month of fasting has come, the emperor's banner has arrived, withhold your hand from food, the spirit's table has arrived. The soul has escaped from separation and bound nature's hands; the heart of error is defeated, the army of faith has won.
Rumi
22 Likes
Ramadan quotes
O Ramadan, be gentle, the tears of the believers pour forth, and their hearts are anxious from the pain of separation. And why shouldnt the tears flow from the believers upon the parting of Ramadan whilst he knows not whether he shall live to see its return!
Ibn Rajab
16 Likes
Ramadan quotes
Read in abudndance the Holy Quran. Abstain from food, drink and cohabitation. Maintain your nightly trips to Masjid for Taraweeh. Absolve yourself from Hellfire through seeking forgiveness. Deeds of good, never too many to have. Attempt to find and utilize the Night of Power in the odd nights of the last 10. Never return to the sins you have turned your back on in this month.
Unknown
20 Likes
Ramadan quotes
May the Ramadan bring you peace and prosperity, good health and wealth, and brighten your life forever.
Unknown
35 Likes
Ramadan quotes
Sponsored Links

Oh you who believe! Fasting is prescribed to you as it was prescribed to those before you, that you many learn piety and righteousness. -al-Baqarah 2:183
Quran
24 Likes
Ramadan quotes
There is an unseen sweetness in the stomachs emptiness. We are lutes. When the sound box is filled, no music can come forth. When the brain and the belly burn from fasting, every moment a new song rises out of the fire. The mists clear, and a new vitality makes you spring up the steps before you...
Rumi
22 Likes
Ramadan quotes
Fasting is a shield with which a servant protects himself from the fire.
Ahmad Saheeh
10 Likes
Ramadan quotes
Allah is with those who restrain themselves.
Ritu Ghatourey
7 Likes
Ramadan quotes
1
TRENDING
TRENDING TOPICS
Sep 27
Ageing
Attitude
Birthday
Birthday Wishes
Funny
Getting Old
I Still Love You
Inspirational
Jesus Christ
Life
Life Lesson
Lifelong Learning
Long Distance Relationship
Misery
Never Let Me Go
Self-esteem
Self-reliance
Solutions
Unconditional Love
Work
ABOUT Terms
Privacy Policy
Removal Request
Sitemap
Contact Us