click me
Someone who follows religion with great faith and belief is said to be religious. Religious people are spiritual and believe in God being omnipotent and omniscient. Religious people believe in worshipping God and follow the traditions, customs, and narrations etc. which are advocated by the religion that follow. Someone who is religious conforms to his religion and follows its preaching. In the words of Mohandas Gandhi, “Fear of death makes us devoid both of valour and religion. For want of valour is want of religious faith. I reject any religious doctrine that does not appeal to reason and is in conflict with morality. A vow is a purely religious act which cannot be taken in a fit of passion. It can be taken only with a mind purified and composed and with God as witness.”
QUOTES
Chanuka is about the spark of the divine in all of us made in God's image.
Suzanne Fields
11 Likes
Hanukkah quotes
God quotes
Religious quotes
Holiday quotes
Sponsored Links

Righteousness does not mean perfect adherence to religious dogmas. It is literally a ''right'' or accurate perception of the Divine in us and of its influence on the soul. It is this influence, more than our deeds or behavior, that makes us righteous.
Carlton Pearson
231 Likes
Dogma quotes
Religious quotes
Righteousness quotes
Lord, make me an instrument of thy peace. Where there is hatred, let me sow love, enjoin good and remove all evils Happy Easter!
Malika E Nura
9 Likes
Love quotes
Happy Easter quotes
Religious quotes
Easter Sunday quotes
Peace quotes
God quotes
Providence quotes
Do not change who you are for anyone,if God in all his infinite wisdom made you exactly the way you are He did it for a reason.
Anil Kumar Cheekoti
26 Likes
God quotes
Faith quotes
Being Who You Are quotes
Individualism quotes
Never Change quotes
Religious quotes
Words Of Wisdom quotes
God's blessings are endless. It comes everyday and sometimes in different forms. Sometimes it comes so big that we become speechless. God is always faithful and I love Him. Thank you Lord for completing yet another important stage in my educational pursuit. It was tough, yet I made it, and made it out excellently. Glory to Him, the giver of all Blessings!
Terry Mark
46 Likes
Blessings quotes
God quotes
Faith quotes
Powerful Christian quotes
Religious quotes
Glory quotes
Sponsored Links

Sometimes the greatest worship comes from a broken heart. Sometimes praise comes from tears. Sometimes all we need to do is hand our burdens to Christ as our offering. We don't have to pretend to God. He can handle our sorrow, struggles. He is not judging or saying you are too much. He treasures your tears just as much as your praise.
Rachel Hamilton
52 Likes
Broken Heart quotes
Heartbreak quotes
Love quotes
God quotes
Religious quotes
Spirituality quotes
Faith quotes
Praise quotes
Any religious fanaticism is worse than the lack of belief in any gods.
Richard John Mattley
180 Likes
Fanaticism quotes
Religion quotes
Religious quotes
Beliefs quotes
Faith quotes
God quotes 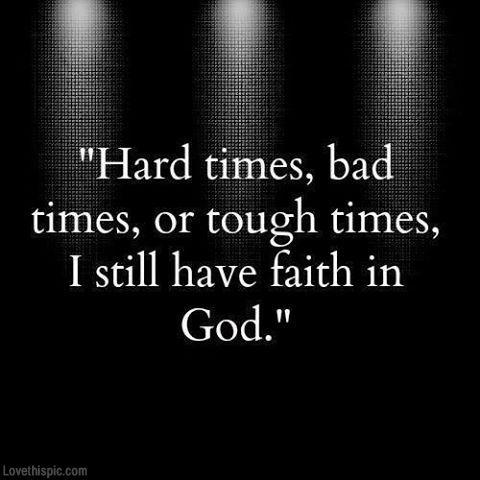