click me
Appearances are misleading. The outward appearance, clothes and manners do not make a man but they may enhance his appearance. The irony is that even though we know that appearances are deceiving, we go only after appearances. To tell the truth, how things look on the outside of us depends on how things are on the inside of us. To penetrate through the appearance and see the inner self that is hidden needs a lot of intelligence. Evidently, appearances are not held to be a clue to truth but we don’t seem to have any other option. Behind the cosmetic appearance of an actor or actress lies the true personality which unless and until is revealed, can never be known. So, appearances should not be taken as the yardstick to measure the character or morality of a person. You can find that the quotes on appearances below are a truth revealing collection.
QUOTES
You don't love someone for their looks, or their clothes, or for their fancy car, but because they sing a song only you can hear.
Oscar Wilde
39 Likes
Love quotes
Relationship quotes
Appearance quotes
Soul Mates quotes
Sponsored Links

Wherever you go, whoever you meet, just remember that there is this person who loves you best when you have no makeup on.
Unknown
46 Likes
Love quotes
Someone Special quotes
Makeup quotes
Appearance quotes
Beauty quotes
True Love quotes
We are all attractive in our own ways; it just takes the right person to hold the mirror and convince us of what others already see.
Kaliana Dietrich
28 Likes
Beauty quotes
Self-love quotes
Love Yourself quotes
Attraction quotes
Appearance quotes
Inner Beauty quotes 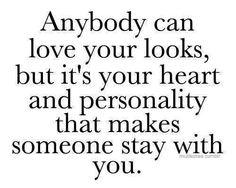 I may not have the sweetest smile, the gorgeous looks, and a perfect body. But I may have a caring heart just for You.
Unknown
22 Likes
Caring quotes
Heart quotes
Cute Love quotes
Appearance quotes
Being Imperfect quotes 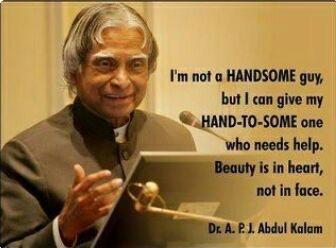 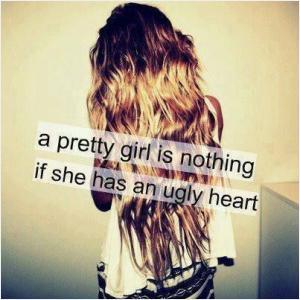