click me
The word “gentleman” has its origin from the Latin word “gentilis” which means belonging to a race and man which is akin to the French word “gentilhomme.” Gentlemen are well-educated and civilised men belonging to noble families, possessing some sort of distinction. Gentlemen dress perfectly, speak eloquently and conduct themselves with great politeness in public. They have refined mannerisms and etiquettes and can be easily distinguished from the rest of the crowd. H.L. Mencken had once remarked, “A church is a place in which gentlemen that have never been to heaven brag about it to persons who will never get there.” Gentlemen are civilised males, who have had great upbringing and possess great qualities of mind and character. Their personality and voice differs from a male who has not been brought up in a similar environment. Guys in slums are uncivilised and lack the basic etiquettes.
QUOTES
A man who needs women to prove his worth is a man who'll never be worthy. A Gentleman finds his worth in himself and his pride in a women.
Moyo Adekoya
7 Likes
Man quotes
Women quotes
Proof quotes
Worth quotes
Value quotes
Gentlemen quotes
Pride quotes
Self-worth quotes
Sponsored Links

Calling a girl beautiful means so much more then calling her sexy.
Unknown
222 Likes
Gentlemen quotes
Cute Boyfriend quotes
Words Beauty quotes
Value quotes
A gentleman knows when to call her sexy and when to let her know shes beautiful.
Sydney Rogers
53 Likes
Relationship Advice quotes
Gentlemen quotes
A wise man knows when he has a special lady. He always puts her first, and never puts her last! Once in awhile he buys her roses, and flowers to show romance, and appreciation of having her in his life. Everyday he tells her how beautiful she is, and how much he love's her. He's not only a wise man hes a real man. Because a real man is a gentleman!
Bryan Burden
208 Likes
Relationship Advice quotes
Love Advice quotes
A Real Man quotes
Love quotes
Affection quotes
Gentlemen quotes 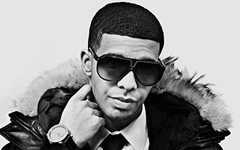