click me
Impossibility refers to the state of being impossible. Something tends towards impossibility if it cannot be realized anyhow. Impossibility is triggered and influenced by several factors. In the words of Thomas Kempis, “Love feels no burden, thinks nothing of trouble, attempts what is above its strength, pleads no excuse of impossibility; for it thinks all things lawful for itself, and all things possible.” Impossibility can be neutralized with hardcore efforts and dedication towards anything that you want to realize or convert into a possibility. Possibility of achievement can only be achieved with extreme focus. In the words of James Wolfe, “The impossibility of a retreat makes no difference in the situation of men resolved to conquer or die; and, believe me, my friends, if your conquest could be bought with the blood of your general, he would most cheerfully resign a life which he has long devoted to his country.”
QUOTES
Love resolute Knows not the word ''impossibility;'' And though my suit Beset by endless obstacles I see, Yet no despair Shall hold me bound to earth while heaven is there.
Miguel De Cervantes Saavedra
43 Likes
Love quotes
Determination quotes
Impossibility quotes
Obstacles quotes
Sponsored Links

I CAN'T do is impossible, I CAN do is possible, our dreams are tomorrow GOAL.
John M Edwards
22 Likes
Possibility quotes
Impossibility quotes
Believe In Yourself quotes
Self Motivational quotes
Dreams quotes
Goals quotes 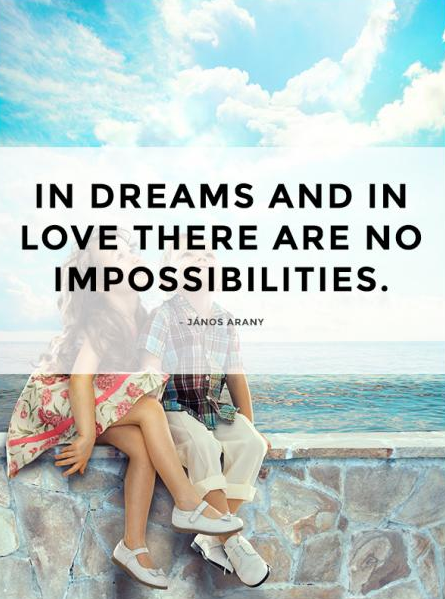