click me
Irony suggests the use of words or language in such a way so as to convey a meaning that is entirely opposite or contradictory to the literary meaning. A situation is said to be ironic if the actions that are taken have an exactly opposite effect than what was intended. Irony has various types. Comic Irony is humorous while in dramatic irony the reader knows that the character is making a mistake since the reader has more information than the character. The word irony has its roots in the Greek word Eiron, a clever underdog who always triumphs over the boastful character, Alazon. Ellen Glasgow had once remarked, “A tragic irony of life is that we so often achieve success or financial independence after the chief reason for which we sought it has passed away.”
QUOTES
You spend your TIME to make a DIME. You lose your HEALTH to make your WEALTH, but at the end it is FUNNY because you leave all your MONEY behind.
Unknown
41 Likes
Time quotes
Money quotes
Health quotes
Wealth quotes
Irony quotes
Life quotes
Sponsored Links

A cynic is a man who knows the price of everything but the value of nothing.
Malika E Nura
3 Likes
Cynicism quotes
Irony quotes
Life Lesson quotes
Value quotes
Far too many people are looking for the right person; instead of trying to be the right person.
Unknown
24 Likes
Relationships quotes
Character quotes
Irony quotes
Self quotes
Finding Yourself quotes
Being A Good Person quotes 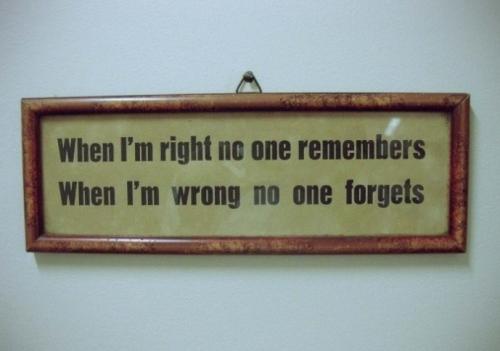 When I'm right, no one remembers. When I'm wrong, no one forgets.
Unknown
17 Likes
Irony quotes
Right quotes
Being Wrong quotes
Forget quotes
There are people who are dancing through Life and others who are crying through Life. The irony is that Life is the same what we do is purely our Choice.
Unknown
7 Likes
Life quotes
Experience quotes
Irony quotes
Choice quotes
From all the toys in the world, people choose feelings to play with
Unknown
16 Likes
Irony quotes
Feelings quotes
People quotes
Play quotes
Emotions quotes
Sponsored Links

Why is it that every time I go with my heart and against my common sense and trust someone with my love, I end up hurt?
Unknown
50 Likes
Irony quotes
Complicated Love quotes
Vulnerable quotes
Broken Heart quotes
Broken Love quotes
Broken Trust quotes
Being Hurt quotes
It's so funny how we risk our lives for love with no assurance of those that we risk for would do the same for us.
Simphiwe Dumi
12 Likes
Irony quotes
Complicated Love quotes
Reciprocity quotes
Risk quotes
Taking Chances quotes
Sacrifice quotes
If happiness always depended on what we had, then the richest would always be Glad, not Sad.
Unknown
5 Likes
Happiness quotes
Wealth quotes
Richness quotes
Irony quotes
Sadness quotes
Feelings quotes
I can see education is everywhere and many people were educated. But I realized that common sense is not that common.
Nurudeen Ushawu
6 Likes
Education quotes
Common Sense quotes
Irony quotes
Intelligence quotes
You learn more about someone at the end of a relationship than at the beginning.
Unknown
16 Likes
Relationship quotes
Learning quotes
Complicated Love quotes
Irony quotes
Ending quotes
Beginning quotes
Sponsored Links

It's so ironic that it took so much time for people to realize your real value. They come knocking right when you have finally closed your door.
Ces Peta
25 Likes
Irony quotes
Being Taken For Granted quotes
Value quotes
Worth quotes
People quotes
Now I'm just not surprised when people leave, but I'm actually more surprised when they stay.
Hemant Kumar
20 Likes
Irony quotes
Surprises quotes
Expectations quotes
Relationships quotes
Complicated Relationship quotes
It occurred to me then that a lot of life was either about wanting and not having, or having and not wanting.
Unknown
6 Likes
Living quotes
Irony quotes
Life quotes
Longing quotes
Desire quotes
Satisfaction quotes
Unappreciated quotes
The irony is that we are busy doing many things that don't matter and we have no time for things that do. Shouldn't we reverse it?
Unknown
9 Likes
Irony quotes
Being Busy quotes
Priorities quotes
Life quotes
Complicated Life quotes
Time quotes
People spend a lifetime searching for happiness; looking for peace. They chase idle dreams, addictions, religions, even other people, hoping to fill the emptiness that plagues them. The irony is the only place they ever needed to search was within.
Unknown
8 Likes
Happiness quotes
Peace quotes
Goals quotes
Irony quotes
Mind quotes
Heart quotes
1 2 3 4 ... 17
TRENDING
TRENDING TOPICS
May 20
50th Anniversary
Being Thankful
Birthday
Borrowing
Creation
Equality
Funny Facebook Status
Hater
Heartbroken
Islam
Jesus Christ
Keeping It Real
Long Distance Relationship
Love
Motivational
Providence
Sister
Thank You
True Friend
Wishes
ABOUT Terms
Privacy Policy
Removal Request
Sitemap
Contact Us