click me
Being gay can imply two things. You are said to be gay when you are in a sexual relationship with another male. Being gay is not an issue in western societies but societies which are orthodox don’t view gay men in the right light. The female version of a gay male is the so-called lesbian female, i.e. a female who has sexual relationships with another female. In the words of Armistead Maupin, “My only regret about being gay is that I repressed it for so long. I surrendered my youth to the people I feared when I could have been out there loving someone. Don't make that mistake yourself. Life's too damn short.” Being gay can be used in another context too. The word gay also implies being happy. So, being gay is all about being happy, excited and thrilled. Being gay is actually good. It is needless to take any tension or do some useless thinking. Taking stress and tension won’t do you any good. So, make sure that you stay happy and gay all the time. Rather than focusing on all the sad parts of life, concentrate on all the good and happy parts.
QUOTES
Some may not understand it in fact I'm one of those some but its not right to judge they love each other and thats all that should matter
Cassandra Marie
191 Likes
Criticism Of Others quotes
Dont Judge Me quotes
Judgment quotes
Love quotes
Understanding quotes
Acceptance quotes
Equality quotes
Being Gay quotes
Gay Love quotes
Sponsored Links

Don't be afraid to be gay, if you're happy then don't allow people's beliefs or opinions to get you down, because in the end it's your life and your rules.
Ryan Davies
187 Likes
Gay Pride quotes
Fear quotes
Being Gay quotes
Be Yourself quotes
Self Awareness quotes
Opinions quotes
Beliefs quotes
Motivational quotes
Encouragement quotes 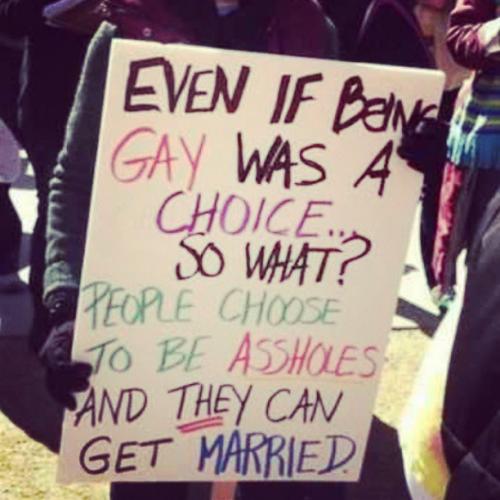 Even if being gay was a choice... so what? People choose to be assholes and they can get married!
Unknown
249 Likes
Being Gay quotes
Choice quotes
Marriage quotes
Equality quotes
Civil Rights quotes 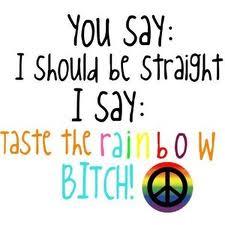 Being gay is just a small fraction of who I am, not what defines me.
Unknown
49 Likes
Being Gay quotes 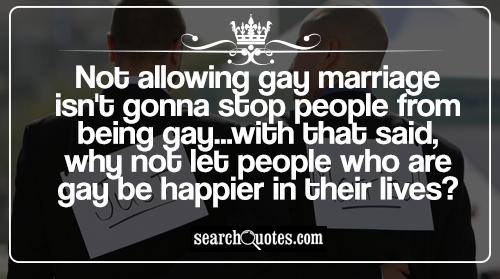