click me
Being drunk implies consumption of great levels of alcohol or some other intoxicating drinks. Being drunk occasionally, that too in moderate levels is not an issue. But regular consumption of alcohol can have severe repercussions on your health. When one is drunk, one has loses control over one's own self. One becomes completely senseless and cannot keep a track of his surroundings. When one is drunk, one hardly has control over his senses. In such a senseless state of mind, driving can have some deadly repercussions and can prove to be very fatal. Driving, while being drunk, can lead to serious accidents, causing grievous injuries. One should never have alcohol when one is being forced by strangers or simple acquaintances. Such strangers might be having some devilish intentions behind forcing you to consume alcohol. Avoid being drunk in mammoth proportions or levels, which might drive you intoxicated and throw you into a state of trance. According to Johan Huizinga, “An aristocratic culture does not advertise its emotions. In its forms of expression it is sober and reserved. Its general attitude is stoic.”
QUOTES
If you can't take control, let Jesus take the wheel and hope he's not drunk.
Unknown
38 Likes
Funny quotes
Jokes quotes
Control quotes
Jesus Christ quotes
Being Drunk quotes
Silly quotes
Humor quotes
Sponsored Links 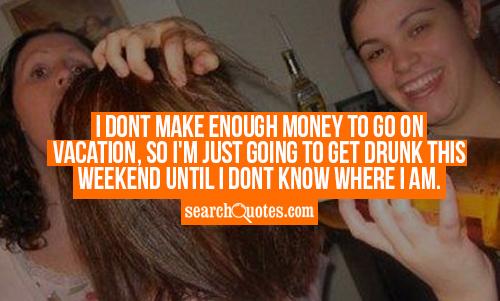