click me
Deceit means the practice of deceiving others. To deceive someone means to mislead him or her. When you give a mistaken impression about something, to another person, you deceive that person. Deceit makes someone to believe in something false and it can be deliberately done by someone in order to take someone else for a ride. Gullible people, fall prey to such deceitful people. To save yourself from deceit, you should know how to judge others and see through their intentions. George Orwell had once remarked, "During the times of universal deceit, telling the truth will be a revolutionary act." Deceitful people hardly have any ethics and deceive others with a purpose in mind. In the words of Noel Coward, "Integrity is the lifeblood of democracy. Deceit is a poison in its veins." Deceitful people can never live peacefully. One or the other day, they get paid in kind by the Almighty, himself.
QUOTES
A relationship built on deceit, is a relationship built to crumble.
Unknown
161 Likes
Relationship quotes
Deceit quotes
Lies quotes
Deception quotes
Bad Relationship quotes
Sponsored Links 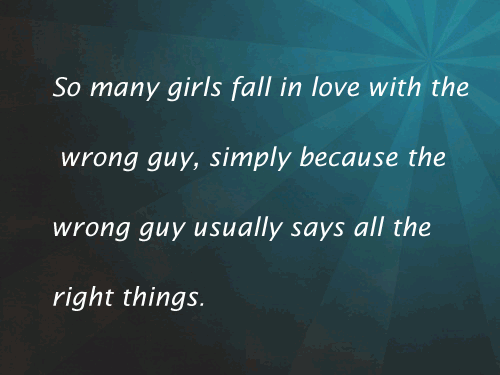 I LOVE YOU doesn't always mean I NEED YOU. Don't be deceived.
Terry Mark
45 Likes
I Love You quotes
Needs quotes
Deceit quotes
Complicated Love quotes
Meaning quotes
One of the most hurtful events that we experience when a relationship ends is to know the fact that after you have been lied to and even deceived, is that you were not even worth knowing the truth.
David Kreger
285 Likes
Being Hurt quotes
Being Hurt By Someone You Love quotes
Heartbreak quotes
Lies quotes
Broken Trust quotes
Worth quotes
Deceit quotes
Deception quotes
Dishonesty quotes
Troubled Relationship quotes
One who deceives will always find those who allow themselves to be deceived.
Nicolo Machiavelli
20 Likes
Deceit quotes
Deception quotes
Lies quotes
Lying quotes
Dishonesty quotes
Some people may fool you for the moment, but be patient and see what happens. A person true colors will always show in time
Unknown
62 Likes
People quotes
Fool quotes
Deceit quotes
Truth quotes
Identity quotes
Character quotes
One of the worst things about trusting someone is really believing that everything they ever told you was the truth. From the I love you's, I need you, I care for you, and that you make them happy and complete, but only in the end to realize you wasn't the only one they was telling that too!
Telisa McLaughlin
412 Likes
Being Hurt By Someone You Love quotes
Broken Trust quotes
Dishonesty quotes
Deceit quotes
Being The Other Guy quotes
Being The Other Woman quotes
Broken Love quotes
Being Cheated On quotes
1 2 3 4 ... 5
TRENDING
TRENDING TOPICS
May 28
50th Wedding Anniversary
Becoming Yourself
Being Cheated On
Being Happy
Birthday Wishes
Brother Sister
Communication
Disappointed Love
Emotions
Ex Girlfriend
Hard Times
Hard Work
Life
Love
Real People
Sad Love
Sarcastic
Sister
Smile
Teaching
ABOUT Terms
Privacy Policy
Removal Request
Sitemap
Contact Us