click me
A broken promise can be considered as comparative to a breach in contract or as the breaking of a covenant. Since a promise may be considered as a deal between two people that usually involves both parties being loyal to their word to each other, a broken promise may easily be defined as a deal that wasn’t executed as planned, due to someone breaking a written or unwritten rule that involved some sort of disloyalty to another. For many it is hard to deal with broken promises, especially when we are promised things by people that we love and suspect that will never hurt us. When these promises are made and are broken, the plain and simple fact of the matter is that this action usually causes at least one party to be hurt. Seeing that our plans will not be executed in the way that we imagined that they would be is a hard pill for most to swallow. In reality broken promises are a part of everyone’s life, period. No one but God himself can avoid making broken promises, because no person truly has the capability to control life, and the lemons that it hands them, and also because no single man is perfect, everyone will be guilty of letting another person down in their life, whether they have control of a situation or not.
QUOTES
After a while you learn that you don't need anyone else to survive, no one is going to always be there no matter what they promise you, you just gotta accept it.
Hemantsmarty
19 Likes
Broken Promises quotes
Acceptance quotes
Being There quotes
Self Reliance quotes
Sponsored Links 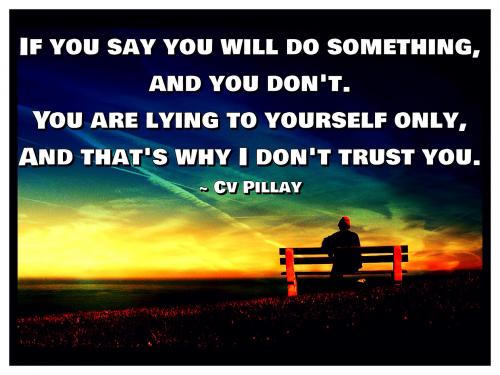 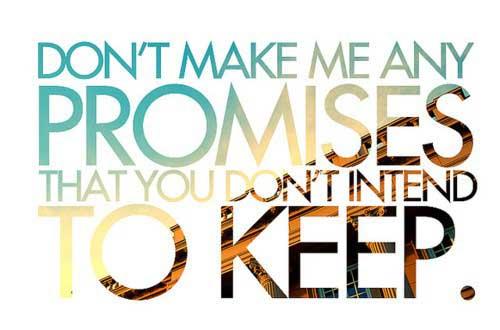