click me
Reality is certainty or authenticity which gives a support to our argument on any matter. Reality can also be defined as the one that the majority of the people have agreed upon. But for argument sake, we may also say that facts are different from reality. “Reality is that which when you stop believing in it, does not go away” said Philip K di... But it also seems that reality depends upon the perspective with which we view them. What seems to be a reality to some people may be out of this world for others. They may term it as an illusion which is totally rejected. So, reality differs from one person to another. May be Albert Einstein was right when he said, “reality is merely an illusion, although a very persistent one “. These quotes on reality throw a different light on the perspective of reality. Read them and share them with your friends.
QUOTES
Once you begin to understand and truly master your thoughts and feelings, that's when you see how you create your own reality. That's where your freedom is, that's where all your power is.
Marci Shimoff
79 Likes
Feelings quotes
Self-mastery quotes
Reality quotes
Freedom quotes
Power quotes
Mind quotes
Thought quotes
Sponsored Links 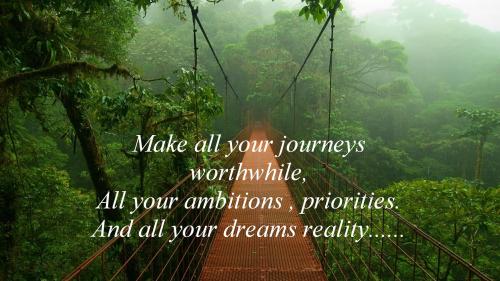