click me
Suicide is not the solution to any kind of problem. It is the easiest way a coward ends his or her life, fearing to face the problems and its consequences. Our life is short which has to be made sweet by our actions and thoughts. “Suicide is a permanent solution to a temporary problem “says Phil Donahue. No problem is as big as our life and does not deserve to sacrifice our life for the sake of the problem. Suicide ends the life but not the problem because it still stays on. All reasons that are quoted for suicide are not strong enough to justify it. “To run away from trouble is a form of cowardice and while it is true that the suicide braves death he does it not for some noble object but to escape some ill” are the words of Aristotle. Suicide inflicts a lot of pain and if a person can withstand that pain and commit suicide he or she can withstand any suffering in life and face it bravely. Thus the thought of suicide should never be encouraged. Read these quotes on suicide and get a clear mind.
QUOTES
People who die by suicide, dont want to end their lives, they want to end their pain.
Unknown
151 Likes
Suicide quotes
Death And Dying quotes
Ending quotes
Pain quotes
Hurt quotes
Sponsored Links

I don't know where I'm going, but I know it's someplace special. I may be alone right now but I will have friends again, somehow I know this may not mean much but it should, you may be traveling this road alone but in the end you will be glad you didn't withdraw yourself or your blood.
Unknown
137 Likes
Being Alone quotes
Feeling Lonely quotes
Complicated Life quotes
Life Journey quotes
Suicide quotes
Self-harm quotes
Never Give Up quotes
Leave me to rot in the position I am. No one will ever know I'm gone.
Unknown
109 Likes
Suicide quotes
Being Alone quotes
Death And Dying quotes
I scream your name, but it's too late...I'm on my way up the pearly stairway to heaven. I slowly open my eyes and with my last dying breath I say I love you.
Unknown
105 Likes
Young Death quotes
Suicide quotes
Confession quotes
Wanting to end your life while you are alive is worst than death it self!
Glen Rambharack
94 Likes
Life quotes
Death And Dying quotes
Suicide quotes
Giving Up quotes
Negative Life quotes
Depression quotes
Sponsored Links 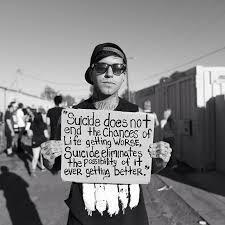 Suicide doesnt end the chances of life getting worse, it eliminates the possibility of it ever getting any better.
Unknown
113 Likes
Suicide quotes
Prevention quotes
I lost a friend today, and my heart is mourning. If you're feeling alone, depressed & don't know if you can handle it, reach out to someone.
Unknown
82 Likes
Suicide quotes
Losing Someone quotes
Mourning quotes
Death is life's way of telling you you're fired. Suicide is your way of telling life you quit.
Unknown
125 Likes
Life quotes
Death And Dying quotes
Suicide quotes
Giving Up quotes 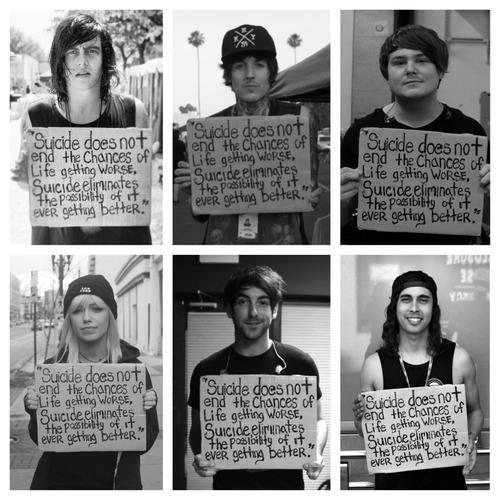 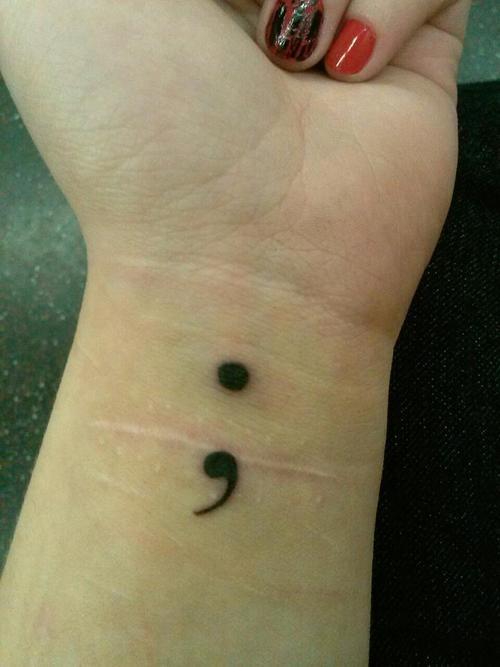 A semicolon is used when a sentence could have ended but then was continued. Take a minute and realize this is symbolizing millions of lives out there that have survived near death by suicide attempts. She's still here, I am still here, which means you can still be here. Hold on, your semicolon is coming. Stay Strong.
Unknown
172 Likes
Positive quotes
Uplifting quotes
Suicide quotes
Stay Strong quotes
Strength quotes
Depression quotes
Sponsored Links

You think suicide is cowardly? I'll tell you what's cowardly. Hurting someone so much that they think ending their lives is the only way to make it better.
Ashley Purdy
279 Likes
Suicide quotes
Cowardice quotes
Bullying quotes
Ridicule quotes
Hurt quotes
Pain quotes
No one should feel so low, to the point where they feel like they need to use suicide as a way out.
Samantha Slade
220 Likes
Life quotes
Suicide quotes
Self-harm quotes
Feelings quotes
Hurt quotes
Sadness quotes
Depression quotes
Suicide is a permanent solution for a temporary problem. You are so very beautiful, and so is life. You have so much to live for. Someone will miss you. Stay.
Paige Carter
225 Likes
Suicide quotes
Problem quotes
Solution quotes
Appreciate Life quotes
Love Yourself quotes
Self-harm quotes
Advice quotes
Uplifting quotes 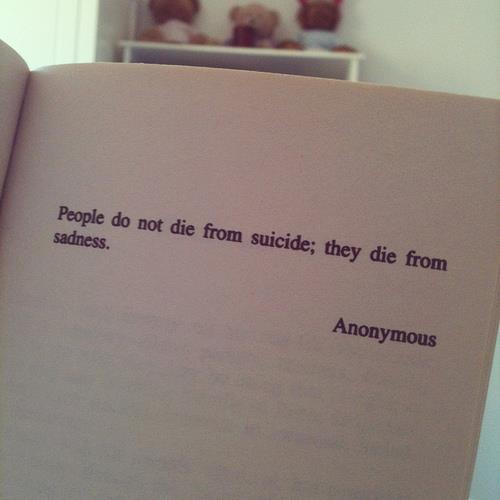 A penny for my thoughts, oh no, I'll sell them for a dollar. They're worth so much more after I'm a goner. And maybe then you'll hear the words I've been singing. Funny when you're dead how people start listening.
The Band Perry
145 Likes
Suicide quotes
Young Death quotes
Song Lyrics quotes 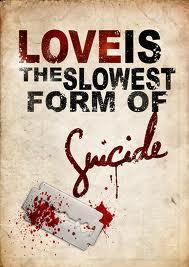 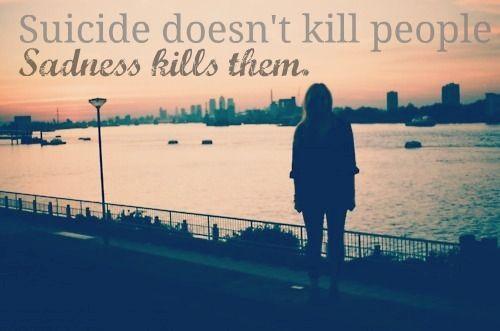