click me
A hero is a man who does what he can and everyone is a hero of his own life story. Celluloid heroes are not real and can only be duplicated and admired. But in real life, heroes are those who understand the responsibility that come with their freedom. They fight not with the weapons but with their heart. There are many sources to draw inspiration from, to become heroes. The actions determine your status and instead of appearing like a hero externally, it is better to be one in actions. To quote Henry Miller “an ordinary man is involved in action the hero acts. This is the immense difference “. Therefore, one who acts according to the situation is a hero and one who calls upon others to act becomes a leader. Here are given numerous quotes on heroes and the distinct line that separates heroes from ordinary men.
QUOTES
In the end, you have to be your own hero because everyone is busy trying to save themselves.
Unknown
175 Likes
Self quotes
Heroes quotes
Advice quotes
Love Yourself quotes
Sponsored Links

Blessed are those who struggle. Oppression is worse than the grave. Better to die for a noble cause. Than to live and die a slave. Blessed are those who courted death. Who offered their lives to give. Who dared to rebel, rather than serve. To die so that we might live.
The Last Poets
29 Likes
Liberty quotes
Sacrifice quotes
Blessed quotes
Poems quotes
Heroes quotes
Nobility quotes
So when you feel like hope is gone. Look inside and you will be strong and you finally see the truth that a hero lies in you.
Mariah Carey
22 Likes
Motivational quotes
Heroes quotes
Life Lesson quotes
Strength quotes
Being Strong quotes
Positive Thinking quotes
Inspiring quotes
Hope quotes
Song Lyrics quotes
If you're your own Hero, Don't align yourself with the mediocre, nobody else wants to Celebrate your Success.
Malika E Nura
1 Likes
Self Reliance quotes
Heroes quotes
Success quotes
Mediocrity quotes
Advice quotes
There are two kinds of heroes. Heroes who shine in the face of great adversity, who perform an amazing feat in a difficult situation. And heroes who live among us, who do their work unceremoniously, unnoticed by many of us, but who make a difference in the lives of others.
Susilo Bambang Yudhoyono
7 Likes
Heroes quotes
Heroism quotes
Bravery quotes
Strength quotes
Courage quotes
Sponsored Links

My heroes are people that I just feel strive to be great people and kind people first before anything else.
Khat Leen
20 Likes
Heroes quotes
Role Model quotes
Greatness quotes
People quotes
Inspiring quotes
Being Kind quotes
The hero is the one who goes beyond his skills, until he becomes able to improve, and perhaps even alter, the skills of others.
Unknown
10 Likes
Heroes quotes
Heroism quotes
Ability quotes
Improvement quotes
Growth quotes
Influence quotes
A hero is born out of the ashes of despair, anyone can be a hero, it takes courage to stand up for what you believe in.
Jeremy Limn
13 Likes
Despair quotes
Heroes quotes
Courage quotes
Beliefs quotes
Conviction quotes
In life the real heroes never give up at what they do.
Jeremy Limn
20 Likes
Heroes quotes
Heroism quotes
Never Give Up quotes
Determination quotes
A hero doesn't have to do extraordinary things to live up to that title. A hero can be someone who helps a neighbor cut the grass, gives a loving word to someone who's hurting, or lending money to a complete stranger.
Unknown
65 Likes
Heroes quotes
Helpfulness quotes
Being A Good Person quotes
Support quotes
Being There For Someone quotes
Sponsored Links 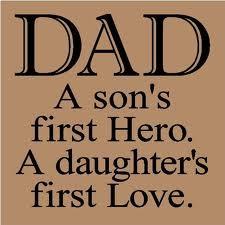