click me
When someone uses the term stressed out they say so implying that someone or something is experiencing major emotional strain, and is almost at its breaking point. People become stressed out for various reason, some of these reasons include; stressful unexpected situations such as being involved in a traffic accident or being trapped in an elevator. Becoming stressed out is also and is usually caused by the addition of new stress factors over time as well. For example someone who is stressed by certain situations in the work place may easily become stressed out to their maximum breaking point when their significant other adds more stress to their life by wanting to end their relationship because of unhappiness. Being stressed out isn’t only very unhealthy for someone’s mind and life, but it may also have severe consequences on the body, including a rise in blood pressure which can lead to complications of the heart including blood clots and heart attacks.
QUOTES
Sometimes I feel the past and the future pressing so hard on either side that theres no room for the present at all.
Evelyn Waugh
23 Likes
Past quotes
Future quotes
Stressed Out quotes
Present quotes
Tough Life quotes
Complicated Life quotes
Sponsored Links 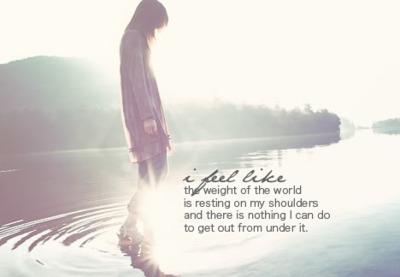 I feel like the weight of the world is resting on my shoulders and there is nothing I can do to get out from under it.
Unknown
40 Likes
Being Depressed quotes
Stressed Out quotes
Uncertainty quotes
Self Pity quotes
Listen to people when they're angry, stressed, or emotionally vulnerable. This is when they're most likely to tell the truth.
Terry Mark
33 Likes
Truth quotes
Honesty quotes
Emotions quotes
Vulnerable quotes
Stressed Out quotes
Anger quotes
Listening quotes 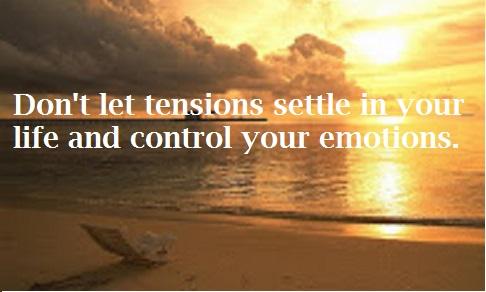 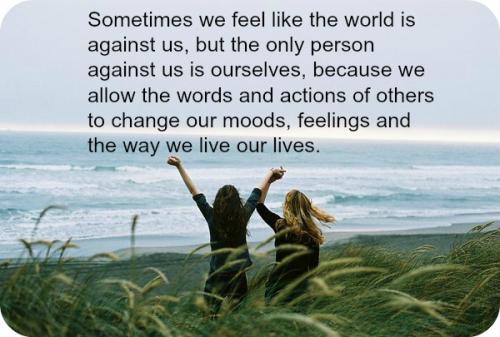 Sometimes we feel like the world is against us, but the only person against us is ourselves, because we allow the words and actions of others to change our moods, feelings and the way we live our lives.
Rashida Rowe
116 Likes
Life quotes
Stressed Out quotes
Feelings quotes
Influence quotes
Attitude quotes
Change quotes
Negativity quotes
Dear God, I'm blessed and at times I end up under pressure to where I become a little stressed, but I always seem to pass your tests. I just wanted to take a moment to not ask for anything from you, but to simply say two words: Thank You.
Unknown
93 Likes
Being Blessed quotes
God quotes
Stressed Out quotes
Being Thankful quotes
Being Grateful quotes
Appreciation quotes
The world leaves you confused, stressed, broken down, and even suicidal at times, but you can't let the world get to you. You gotta fight through, and you gotta try your best to put a smile on your face.
Unknown
165 Likes
Perseverance quotes
Stressed Out quotes
Being Broken quotes
Being Confused quotes
Life quotes
Moving Forward quotes
Overcoming Challenges quotes
Never Give Up quotes
Thinking of way to escape this thing called life.
Aly Johnson
253 Likes
Bad Mood quotes
Emo quotes
Fuck Life quotes
Stressed Out quotes
Unhappiness quotes
I cant live without you and cant seem to live with you. Cant decide whether to hold on or let go. Disaster everywhere I turn. Fire burning my heart. Eyes filled with tears...Mind wondering, lost in your words.
Unknown
133 Likes
Confused Love quotes
Complicated Love quotes
Stressed Out quotes
Sponsored Links