click me
Testing is the act of trial or proficiency of an item, entity or person. Testing in computer programming may be of two types i.e. software testing and unit testing. In unit testing, individual units of a source code are tested so as to check whether they will work or not. Software testing is also an important part of programming which aims to check whether the prepared software works properly after it has been developed. According to Jesse James Garrett, “Building technical systems involves a lot of hard work and specialized knowledge: languages and protocols, coding and debugging, testing and refactoring.” In general terms, testing anyone is just subjecting a person to some strict examination or labour so as to check his proficiency and credentials. Thereby, testing becomes one of the means of bringing out the best in a person. In the words of Walter Annenberg, “Adversity tests us from time to time and it is inevitable that this testing continues during life.”
QUOTES
Sets of a few questions cannot determine the ability and talents of humans. If you have given your best remember you have already passed.
Manna Sangma
1 Likes
Ability quotes
Testing quotes
Encouraging quotes
Words Of Wisdom quotes
Sponsored Links

Every steps that you take, it is a test that God has prepared, for a greater miracle in your life.
Unknown
161 Likes
God Love quotes
Faith quotes
Testing quotes
Life quotes
Miracles quotes
Preparation quotes
Trust In God quotes 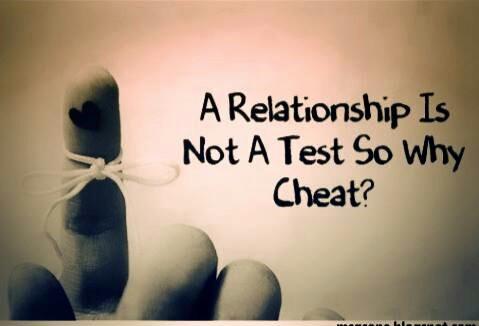 Relationships are great, but not easy. The good times are wonderful, they help to face the challenges together. It's truly challenging times that test the love and bond more deeply. Never forget to express the love as often as possible and every way, especially when life gets tough.
Unknown
80 Likes
Relationship quotes
Complicated Relationship quotes
Challenge quotes
Testing quotes
Love quotes
Expression quotes
Hard Times quotes
Relationship Advice quotes
Character isn't who you are when life goes your way. Character is who you really are when the bottom falls out.
Unknown
38 Likes
Character quotes
Life quotes
Living quotes
Struggle quotes
Testing quotes
Hard Times quotes
Being Who You Are quotes
Sometimes we have to test people. Not because we don't trust them. But just to see how much they're willing to prove they want us in their life.
Anurag Prakash Ray
66 Likes
People quotes
Trust quotes
Testing quotes
Proof quotes
Will quotes
Relationship quotes
Your greatest test is when you are able to bless someone while you are going through your own storm.
Unknown
41 Likes
Being There For Someone quotes
Blessings quotes
Testing quotes
Strength quotes
I have learned that life is a constantly testing us for the level of commitment and that's life greatest reward are reserve for those who demonstrate on unwavering to push forward even when times are tough.
Unknown
14 Likes
Life quotes
Testing quotes
Commitment quotes
Challenge quotes
Reward quotes
Perseverance quotes
Being Strong quotes
Sponsored Links

Enemies were placed in our path in order to test our sword, and we should, out of respect for them, struggle against them. In order to make us become strong.
Unknown
17 Likes
Enemies quotes
Testing quotes
Struggle quotes
Respect quotes
Being Strong quotes
Life is a big test, of many choices and for most people there are no bad choices only bad outcomes.
Unknown
15 Likes
Life quotes
Testing quotes
Choices quotes
Negativity quotes
Pessimism quotes
The greatest test of courage on earth is to bear defeat without losing heart.
Robert Green Ingersoll
16 Likes
Life quotes
Testing quotes
Courage quotes
Challenge quotes
Defeat quotes
Losing quotes
Heart quotes
I keep ego and attitude always in my pockets,so that I can use it when my self-respect and sentiments are being tested by people.
Abhishek Tiwari
198 Likes
Attitude quotes
Ego quotes
Sentimentality quotes
Self-respect quotes
Testing quotes
Being Disrespected quotes
Your greatest test is when you are able to bless someone else while you are going through your own storm.
Diwakar Dutt
21 Likes
Blessings quotes
Testing quotes
Challenge quotes
Hard Times quotes
Life quotes
1 2 3 4 ... 6
TRENDING
TRENDING TOPICS
Jun 26
Ambitious
Birthday
Breakup
Brotherhood
Cute Crush
Example
Fate
Fitness
Funny
Heart Touching
I Dont Want To Lose You
Life
Love
Men
Missing You
Moon
Propaganda
Smile
Strength
Time
ABOUT Terms
Privacy Policy
Removal Request
Sitemap
Contact Us