click me
Philosophy is the study of basic concepts of existence, nature, truth, reality freedom and casualty and so on. Philosophy gives an account of the naked truth that other commoners fail to perceive. John Grier hibben said, “Philosophy is concerned with that which is in contrast with that which seems to be. Its aim is to reveal the reality which underlies appearance’. Only a few are able to look beyond the truth and reality and give philosophical quotes. It needs a little bit of new thinking, viewing things from a different angle and think by standing apart from the crowd-to become a philosopher. Philosophy should be encouraged because it gives an insight into certain things which we firmly believe. The greatest asset of philosophy is that it holds good for all centuries and is unmindful of the changes in people, place, birth or country and stands the test of time. here are quotes on philosophy. Read them and think over.
QUOTES 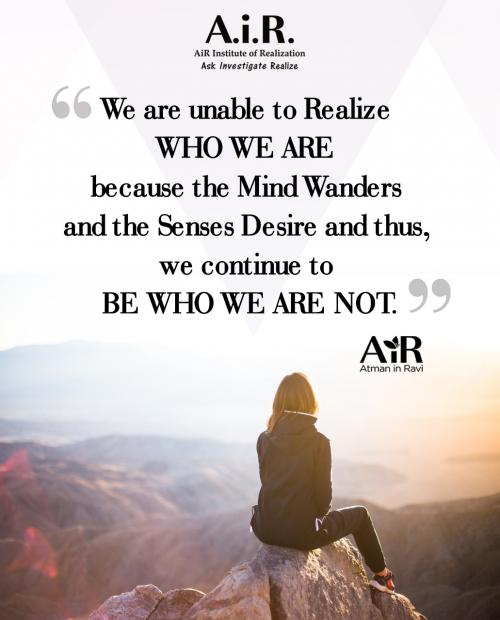 We are unable to Realize WHO WE ARE because the Mind Wanders and the Senses Desire and thus, we continue to BE WHO WE ARE NOT.
Air Atman In Ravi
8 Likes
Being Who You Are quotes
Being Yourself quotes
Philosophy quotes
Identity quotes
Self-awareness quotes
Sponsored Links

We may assume that we are in control of our responses to the world, but that's far from the case. If two people can see the same thing and have opposite reactions, their responses are controlling them, not the other way around.
Deepak Chopra
8 Likes
Life quotes
Philosophy quotes
Fate quotes
Control quotes
All beings are not only the parents in the past. They will become the Buddha in the future. If you free their lives, you are Buddha.
Buddha
21 Likes
Buddhism quotes
Past quotes
Philosophy quotes
Words Of Wisdom quotes
Future quotes
Sometimes we let other people's reality become our own. The circumstances need to be studied to thus follow a philosophy.
Unknown
10 Likes
Philosophy quotes
Life quotes
Reality quotes
Circumstances quotes
Every choice has a consequence, every consequence another choice. Little agonies waiting to be embraced. Only the moment before the choice really weighs anything. Very heavy moments, exploding into nothing.
MCM
18 Likes
Choices quotes
Consequences quotes
Philosophy quotes
Moments quotes
Life quotes
Sponsored Links

Really it comes down to your philosophy. Do you want to play it safe and be good or do you want to take a chance and be great?
Unknown
26 Likes
Life quotes
Philosophy quotes
Safety quotes
Taking Chances quotes
Risk quotes
Greatness quotes
Mediocrity quotes
There is a means to every end. A root to any cause. Sometimes the root is more evil than any cause, though it's the cause that is usually most vilified.
Unknown
16 Likes
Psychology quotes
Philosophy quotes
Purpose quotes
Reason quotes
Causes quotes
He who learns must suffer. And even in our sleep pain that cannot forget falls drop by drop upon the heart, and in our own despair, against our will, comes wisdom to us by the awful grace of God.
Aeschylus
17 Likes
Learning quotes
Suffering quotes
Philosophy quotes
Heart quotes
Despair quotes
God quotes
Wisdom quotes
Will quotes
What is done out of love always takes place beyond good and evil.
Friedrich Nietzsche
31 Likes
Actions quotes
Philosophy quotes
Love quotes
Goodness quotes
Evil quotes
Morality quotes
Persona, the mask or image we present to the world. Designed to make a particular impression on others, while concealing our true nature.
Carl Jung
44 Likes
Psychology quotes
Personality quotes
Philosophy quotes
Appearance quotes
Reputation quotes
Character quotes
Sponsored Links

The philosopher's soul dwells in his head, the poet's soul is in his heart; the singer's soul lingers about his throat, but the soul of the dancer abides in all her body.
Kahlil Gibran
45 Likes
Philosophy quotes
Poets quotes
Singers And Singing quotes
Dance quotes
Body quotes
Soul quotes
Mind quotes
Heart quotes
Spirit quotes
Life is built on perceptions, something between life and death, reality and fantasy.
Johanna Georgsson
35 Likes
Philosophy quotes
Life quotes
Perception quotes
Death quotes
Reality quotes
Fantasy quotes
In a world pulsating with so much information, the only information that you need is the stuff that will lead you straight to your own soul. Think of this: Most of the information that is fed to you, is motivated by the desire to earn money.
Unknown
14 Likes
Life quotes
Living quotes
Information quotes
Soul quotes
Money quotes
Motivation quotes
Philosophy quotes
Thinking quotes
We miraculously become what we read. The mind is the sculptor of ones-self, amazingly creating the essence of who we are.
Johnny Luckett
8 Likes
Philosophy quotes
Philosophical quotes
Life Lesson quotes
Becoming Yourself quotes
Creation quotes
The ones you judge today, may be the judgments you endure tomorrow.
Johnny Luckett
30 Likes
Philosophy quotes
Karma quotes
Judgement quotes
Criticism quotes
Today quotes
Tomorrow quotes
1 2 3 4 ... 13
TRENDING
TRENDING TOPICS
May 26
A Real Man
Ambition
Being In Love
Being Lonely
Best Friend
Children
Cute Friendship
Disease
Farewell
Friends
Friendship
Funny
Letting Go
Love
Never Give Up
Single Life
Teachers And Teaching
Technology
Writers
True Friend
ABOUT Terms
Privacy Policy
Removal Request
Sitemap
Contact Us