click me
Rebellion is resurgence or mutiny by a group of people against, more commonly a government or one in power. Rebellion takes place only when there is hatred and dissatisfaction among people. If this is the state, it must be immediately attended to because any rebellion cannot be suppressed y force. Even if force is used against them, it is sure to backfire. Generally, rebellion occurs against the greedy and power hungry and hence is almost always justified. “Rebellion against tyrants is obedience to god “said Benjamin Franklin. All revolutions that have been recorded in history have started from the uprising by the common public and hence if the ruler satisfies the just and right privileges of his citizens, rebellion can be avoided. People involved in rebellion have only one goal and do not care for reasons or prayers. Hence, it is a sword that has to be dealt with carefully. Here is collection of quotes on rebellion.
QUOTES
I'm a tyrant for freedom and a rebel to tyranny.
Joshua Aaron Guillory
398 Likes
Freedom quotes
Rebellion quotes
Tyranny quotes
Politics quotes
Sponsored Links 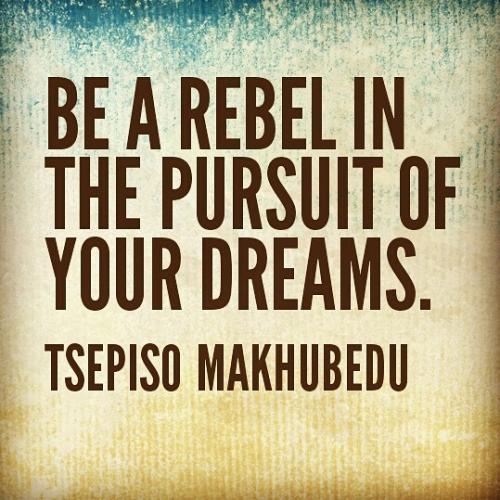 Sometimes you gotta break the rules and stand apart ignore your head and follow your heart.
Ana Chable
38 Likes
Listen To Your Heart quotes
Rules quotes
Rebellion quotes
Intuition quotes
May those who accept their fate be granted happiness; may those who defy it be granted glory.
Unknown
11 Likes
Fate quotes
Glory quotes
Happiness quotes
Challenge quotes
Rebellion quotes
Being Brave quotes
Courage quotes
What causes adolescents to rebel is not the assertion of authority but the arbitrary use of power, with little explanation of the rules and no involvement in decision-making... Involving the adolescent in decisions doesn't mean that you are giving up your authority. It means acknowledging that the teenager is growing up and has the right to participate in decisions that affect his or her life.
Unknown
51 Likes
Teenagers quotes
Rebellion quotes
Abuse Of Power quotes
Control quotes
Making Decisions quotes
Authority quotes
Maturity quotes
Participation quotes
Life quotes
Advice quotes
Daniel 9:9 NIV; The Lord our God is merciful and forgiving, even though we have rebelled against him.
Bible
99 Likes
God quotes
Bible quotes
Religious quotes
Rebellion quotes
Mercy quotes
Forgiveness quotes
Just being yourself, being who you are, is a successful rebellion.
Unknown
30 Likes
Rebellion quotes
Be Yourself quotes
Identity quotes
Being True To Yourself quotes
Pride quotes
Sponsored Links