click me
Being jealous is being envious of someone. Jealousy is certainly not a good quality. Jealousy or envy can make someone go to the extreme. Jealousy has been termed as the green-eyed monster which mocks the meat that it feeds on. Green is the color used to indicate jealousy. You become jealous of someone when he or she possesses some trait or has some possessions which you don’t have. People who have killer looks cause the maximum envy amongst others. Tall, beautiful and smart people have several people in their vicinity and social circles, which envy them for their drop-dead looks. Similarly, when you see people possessing lots of money and wealth, you envy them for the fact that they are rich. You basically feel jealous of all the great achievers around you. You don’t feel inspired by them but rather start envying them. When you see someone better than you, don’t feel jealous or envious of that person. On the other hand, feel inspired and try to emulate all those people whom you look up to, because of their looks, money and achievements. Jealousy is a very negative feeling. Avoid being jealous of others. Mike Nichols had remarked, “Being with an insanely jealous person is like being in the room with a dead mammoth.”
QUOTES
Never be envious of what someone else has. You don't know the price they paid to get it, and you don't know the price they are paying to keep it.
Usman Ismaheel
16 Likes
Being Yourself quotes
Envy quotes
Being Jealous quotes
Jealousy quotes
Words Of Wisdom quotes
Sponsored Links 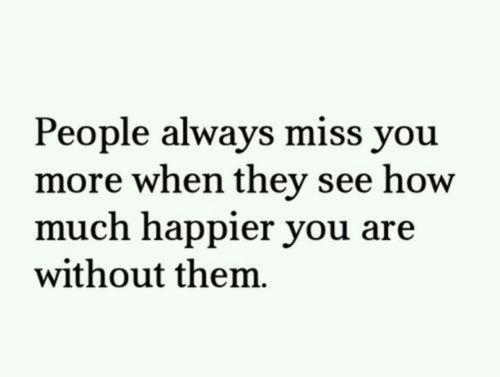